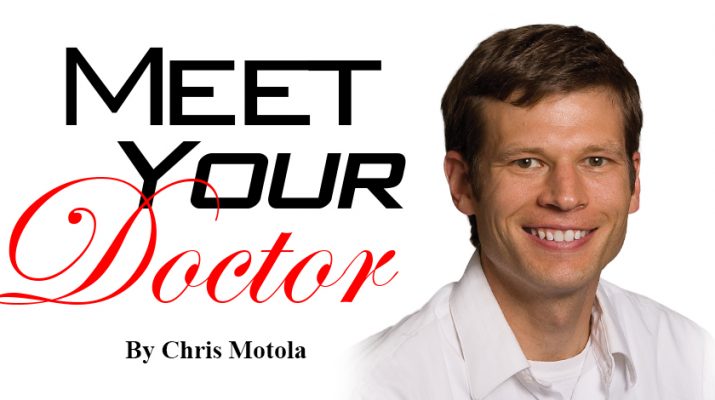 Rochester Regional Health pediatrician talks about the new COVID-19 vaccines for children. “The more people who are vaccinated the better it’s going to be,’ he says

Q: Where do things stand with COVID-19 vaccination for children right now?
A: Right now the vaccine is available for ages 5 and up. The 5 to 11-year-old dose is different than the 12 and up dose. The 12 and up has been available since it was approved in June. The dose for the younger group was approved by the FDA and subsequently the CDC on Nov. 3. Once that approval happened vaccine shipments have getting made and distributed. Because it’s a different dose there’s some logistical training that’s had to happen.

Q: How does the formulation differ from the adult and teen doses? Is it just smaller?
A: It’s about a third of the dose of the one for older folks. It was titrated to make sure that it’s producing an adequate immune response for that age group. The initial thinking was the average size of a child in that age group relative to the average size of an adult, so it works out to about that as well. That said, a large 11-year-old will still be given the dose for their age group, as would a small 12-year-old. So it’s based purely on age.

Q: There have been concerns about myocarditis risks with the vaccines where young people are concerned, particularly young males. Several countries have also suspended or advised against using certain COVID-19 vaccines for patients younger than 30. How would you address these concerns?
A: Myocarditis is an extremely rare side effect, about one in 25,000 recipients on average, but it’s most common in the 16 to 30 age category, and for males more than females. For the 5 to 11 age group—there again, smaller dose—there haven’t been any cases of myocarditis identified to date. Your risk of getting myocarditis from COVID itself is much higher than your risk of getting it from the vaccine. A study out of the U.K., I believe found it was nearly 40 times more likely.

Q: How effective is the vaccine in the new age group?
A: It is 91% effective against COVID infection, according to the initial trial, which featured about 4,600 kids. We may see those numbers change a little over time like it did with the adult trials. Of course we now know it’s very important in protecting against severe disease, hospitalization and death. Those are much less likely with the vaccine. But you can still have a breakthrough infection.

Q: Do you recommend the vaccine universally or for specific children?
A: We recommend them for everyone. The risk factors aren’t necessarily clear cut with everybody. We do know obesity is a risk for more severe complications. That’s true for children as well. When a lot of kids get COVID, admittedly it’s often mild or even asymptomatic. However, internationally within the 5 to 11 age group there have been 8,300 hospitalizations and 172 deaths due to COVID. That’s more significant than a very bad influenza season. So we don’t have a way to tell ahead of time which kids are at risk for a severe case and which ones would only get mild sniffles.

Q: This may be out of scope for you, but do you see COVID-19 vaccination joining existing vaccination regimens required for kids to go to public schools?
A: It is being discussed, but it wouldn’t be able to happen until it has full FDA approval rather than just emergency use approval.

Q: What’s the demand been like so far? Are parents interested?
A: It seems like a third of parents want to get it right away, a third are saying “never” and a third are taking a wait and see approach. I will say the initial demand has been significant. We’re vaccinating about 80 kids this weekend. I went yesterday to take my own son and it was busy. Those are great early signs.

Q: And it’s a two-dose regimen, same as with adults?
A: It’s two doses, yes, at least three weeks apart.

Q: What side effects should parents expect?
A: From the studies that were done, mostly local redness and pain. Mild fatigue, achiness and fevers. Those are the main things.

Q: What impact do you think this will have on efforts to control the pandemic more broadly?
A: The more people who are vaccinated the better it’s going to be. For kids it’s very important because they tend to interact with a lot of people—classmates, teachers, coaches, parents, family members. The more people who are protected, the less risk there is of community transmission, and the less risk there will be of the virus mutating. That’s one of the big concerns with uncontrolled spread. So the hope is we’ll see the wave start to come down as more and more kids are vaccinated.