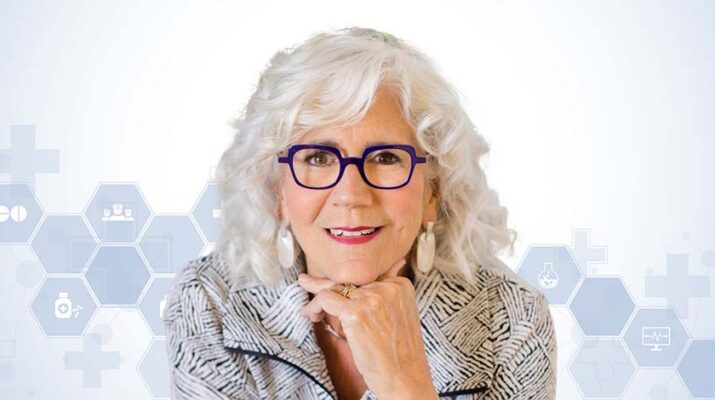 Executive director of the Breast Cancer Coalition talks about the group’s mission, how it helps families and patients for the battle against cancer and the fact that her organization is celebrating a big milestone: over $1 million in small seed grants given to local researchers

The Breast Cancer Coalition offers free educational courses and peer mentoring for those who have been diagnosed with breast or gynecologic cancers, along with support networks for them and their loved ones. With just 11 employees and about 75 volunteers, the nonprofit served 6,852 people in 27 Upstate New York counties just last year. It currently operates with a budget of just over $1 million.

The coalition also supports breast cancer research with annual grants to established scientists and pre- and post-doctoral fellows in Central and Western New York who are researching those diseases and their treatment. The award, which was previously named a research training grant, is now named The Pamela Delp Polashenski M.D. Breast Cancer Research Trainee Grant, after a former member of its board. Since 2003, the coalition has given over $1 million in grants to the region’s researchers.

Holly Anderson, executive director of the Breast Cancer Coalition, spoke to In Good Health about the nonprofit and its work.

Q. You’ve described the Breast Cancer Coalition as the “What now?” of breast and gynecologic cancer. What do you mean by that?

Q. Who does the coalition serve?

A. Anyone in the aftermath of a breast or gynecologic cancer diagnosis. Typically, people will come to us after a diagnosis. We also support the families and friends that are part of the network of the person who is newly diagnosed.

Q. What brings people to the coalition?

A. I think the complexity of the disease is actually what tends to bring people to our door. People think of breast cancer as just one disease, but it actually has quite a number of subtypes. They can have specific subtypes, for example triple-negative breast cancer and inflammatory breast cancer. It can be really overwhelming. We’ve had people describe that feeling of being overwhelmed as landing in a foreign country without a map, no compass and you don’t speak the language.

Q. Could you describe some of the educational services the coalition provides?

A. It’s really making sure that the survivor community is well-versed on what they need to know as they live their lives with breast cancer or gynecologic cancer. I think the most familiar part for people would be breast cancer or gynecologic cancer 101. We call them “BC 101” and “GYN 101.” It’s a one-on-one counseling session for the newly diagnosed person and whoever is supporting them. It’s an opportunity for the person to sift through and sort through what they know and what they may need to know for surgical visits, medical oncology and radiation oncology visits and so on. Sometimes they come with their partner, sometimes they come with their mother or a daughter or son.

Q. You offer a program called “PALS.” Can you tell us about it?

A. It stands for Peer Advocates Lending Support. We match someone newly diagnosed with breast or gynecologic cancer with someone else in the community who shares a similar diagnosis and characteristics. If it’s a single mother, a non-English speaking Hispanic woman or a man with breast cancer, we make careful matches so that they have someone else that they can speak with that they’ll be able to relate to or that will relate to them. Somebody that has walked that walk can be really helpful in helping formulate the questions that you need to be asking, the things you may not be thinking about.

Q. Does the coalition offer support groups for those who have been diagnosed with cancer and their partners, families and friends?

A. We have networking groups that are particularly helpful. The networking groups are filled with people from all walks of life who have gone through this. We have everybody from retired teachers to stay-at-home moms to ministers and lawyers. We have physician participants—physicians get breast cancer too. It’s the whole gamut. We also have hidden, private social media groups that are specific to cancer subtypes.

Q. How do you prepare peer mentors for the PALS program?

A. They get a full day of training in the medical language of cancer, providing emotional support and the different circumstances that they may not have experienced but are within normal limits for other survivors and other subjects. You can have a similar diagnosis, but have a different experience. We also have a on staff a PALS mentor who is available to them for any questions, any concerns or worries.

Q. Why do the coalition’s research grants go only to researchers who are working in the Central and Western New York?

For more information on the Breast Cancer Coalition, go to https://bccr.org/