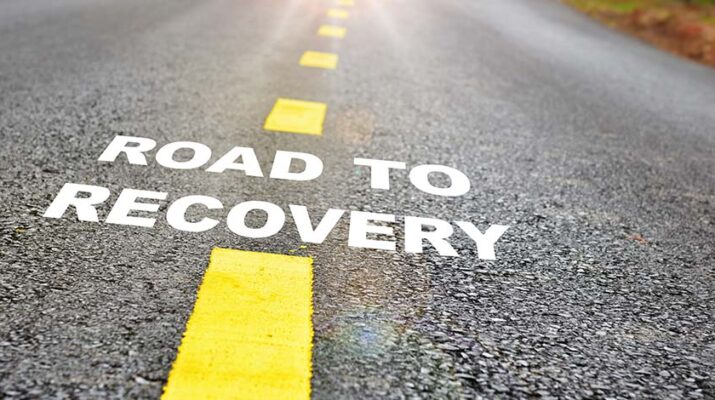 For a patient struggling with a substance use problem, a stay in an in-patient facility may represent only part of the recovery process.

Joel Yager, senior director of clinical services at Huther Doyle, a nonprofit agency that provides addiction rehabilitation programs and services in Rochester, said that many people outside the field do not understand this aspect of substance use treatment.

“Inpatient stays, for a lot of cases, are used inappropriately,” Yager said.

“Families believe that inpatient is the end-all, be-all. It is really only to stabilize the individual. The follow-up is the important part.”

For most patients, the journey toward wellness has only begun once their two to three weeks of inpatient care has ended. In some cases, a stay at a residency for three to four months may be in order and then treatment as an outpatient or at a halfway house for weeks afterwards.

Yager said that for many patients, their stay at an inpatient facility is not only about their health but offers a break for their families.

“People are so tired,” he said. “They’ve been through so much. That inpatient stay becomes a break for them, too. They want to breathe for a while and get a good night’s sleep. It’s not always the most appropriate care.”

Before any of treatment begins, the patient must be ready to change and accept treatment. Yager said that if the patient does not believe a problem exists, change cannot happen.

Unfortunately, this may take several years and attempts at completing a treatment program and the patient’s insurance coverage may not cover the necessary amount of treatment.

Yager said that limitations in coverage for inpatient stays have developed because this portion of the treatment plan by itself is the least effective for lasting change. While patients have a safe place to stay, eat wholesome food and see a counselor, “it has the worst success rate unless there’s follow-up.”

At $3,000 to $4,000 a day, it is not cost effective to keep patients in such a program for months or even several weeks. For motivated patients with the right supports, that level of care is not even necessary.

Most insurers do not cover inpatient care unless lower levels of care have not been tried first. During in-patient stays, patients develop a plan for their follow-up treatment to increase their chances of success. This can include finding housing, a local therapist, group meetings and a sponsor.

For patients forced to go to inpatient treatment by a family member or judge, treatment likely will not progress to success.

Yager said that preparing for discharge is important because patients must eventually go back to the world where they used substances. If they do not enact changes in themselves first, they will likely begin using again.

A year ago, Huther Doyle began a mobile practice to aid homeless people, many of whom are medically compromised.

“They’ll never go to a treatment facility or hospital, so we bring everything out to them,” Yager said.

As with patients at Huther Doyle, the patients at Cazenovia Recovery in Buffalo also develop a discharge plan and receive referrals before they leave in-patient treatment.

“As soon as they come, we ask about their plans after discharge and how can we support those plans,” said Edward Cichon, director of marketing and communications for Cazenovia Recovery. “They have a structure set up for referrals and they feel supported and empowered so they make good choices when they leave us.”

This includes to referrals to an outpatient provider and housing. While dictating what patients should do next may seem a good idea, Cazenovia Recovery has found that working with patients to develop their plans works better than telling them what to do next in their recovery process.

A sense of support and community is also necessary for patients’ success.

That is why Cazenovia works with patients’ families.

“By having family members come in, we can have expectations about when this person can leave.”