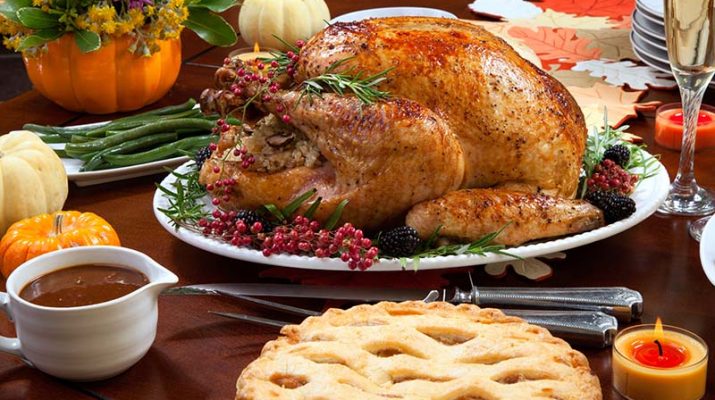 Ah, the holiday meal! We look forward to it all year long as our traditional favorites make their annual appearance, much to our delight.

And here’s a secret: You don’t have to give up healthy eating to enjoy your holiday favorites.

With some minor alterations in the kitchen, those classic dishes can be healthful as well as delicious. That’s especially important for seniors with dietary restriction due to diabetes, high blood pressure, and other chronic conditions.

The rich foods that grandma used to make have a place in our hearts, but they also had a place on our waistlines and in our arteries! But take it from me: it’s possible to reduce the fat and calories without sacrificing flavor. Try these substitutions in your holiday recipes:

• Instead of heavy cream, use 2% milk.
• Instead of flour for thickening, use a cornstarch slurry (cornstarch mixed with water or milk).
• When using sour cream, mix some fat-free in with the regular.
• To reduce fat, use vegan butter instead of regular.
• Brine your turkey with dry white wine instead of salt; the acidity will have the same effect, keeping your turkey tender and juicy, but with lower sodium.

In many cases, such as with sour cream, you’re using the ingredient for texture, not taste. The healthier ingredient gets the job done without affecting the flavor.

Many people, including seniors, can’t eat gluten, a protein found in wheat, rye and barley. That’s the case for many residents of Chapel Oaks, so we use gluten-free alternatives, specifically, rice or corn flour instead of wheat flour. Again, it serves the same purpose in the recipe (binding, structure, elasticity) but without the gluten and it doesn’t affect the flavor. (Since I began preparing gluten-free meals for my mother, the rest of my family has been eating gluten-free without knowing it.) Gluten-free breads and pizza dough — perfect for pies — are also now widely available.

Remember: Using healthier ingredients doesn’t mean sacrificing taste. That means you can serve all your guests a healthier meal that tastes great and meets the needs of those who are diet-restricted. (No need to make a second “healthy” meal on top of the main one, meaning less stress for the chef.)

• Let your turkey rest for as many hours as you cook it. This will keep the juices in so they won’t be lost when you cut into the bird. Cover it with aluminum foil to retain the heat while resting, then serve with hot gravy.
• Cook your stuffing outside of the turkey (technically making it “dressing”) and stuff the bird with apples, oranges, celery, onions, and fresh herbs. This will enhance the flavor of the meat and your dressing will taste just as good.
• Use a combination of baking apples (20 oz.) and sweet eating apples (such as Crispin) for no-sugar-added apple pie.

Todd Klugh is executive chef, St. Ann’s Community at Chapel Oaks. He can be reached at tklugh@mystanns.com. Visit St. Ann’s Facebook page for some of Chef Todd’s most popular seasonal recipes.