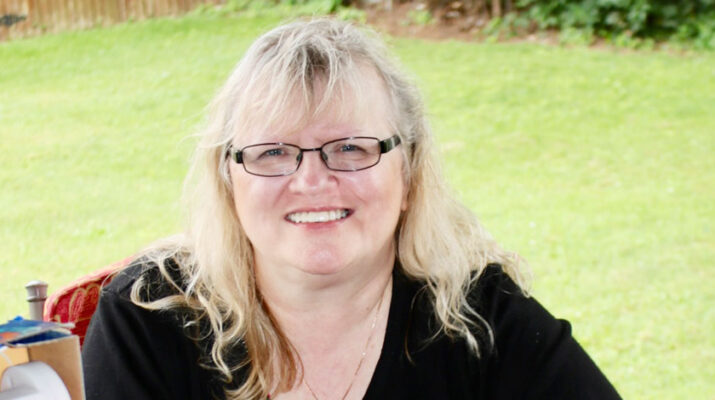 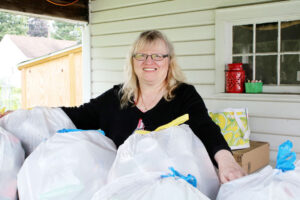 “Please help me with this little girl for her birthday. I’m not sure she’s ever had a nice birthday.”

“There is a very poor family in town that is in dire need of food—a single mom with two pre-teen daughters. For whatever reason, mom has no food stamps and no job right now.”

“I have a friend whose 4-year-old son was involved in a serious accident today. Please pray for the doctor and team doing the surgery, and for his dad and mom who are so worried about him.”

“A family in our community is going through very hard times. A mom with four children needs food and toiletries for her family. Transportation is an issue for her. She would appreciate any help that could be given to her family.”

Those are recent Facebook posts. Each was accompanied by a fuller description of the need and how you could help.

Each posting presented a story of a family in trouble, mostly single moms with a number of kids who had hit a dead end –— a husband who was suddenly gone, a seriously ill child with huge medical bills, a lost job and benefits, no money and no positive outlook.

People like this, especially single moms, can too often fall between the cracks of the public support systems that are supposed to provide help. Even with public help, sometimes the simple joys of life for a child must be put aside, like a birthday gift or shampoo and toothpaste. When all you have money for is food, a lot of simple things are missing in a house.

That’s where Wanda Osmen Boughton, 61, of Newark, steps in for people in Wayne County.

She is the new nurse manager at Clifton Springs Nursing Home, following a career in nursing and nursing management at Lifetime Care and Wayne County Nursing Home. Two of her three sons are nurses. Her daughter is a nurse practitioner.

Boughton was raised in a home where the concept of want was at her dinner table most nights.

“I was very poor. My mom left my dad,” she said. “There were four of us children. My dad was an alcoholic. In an extreme situation, he tried to abuse my mom and she left right away. We moved to Palmyra, right on Main Street. We lived on the second floor, four of us children in a one-bedroom apartment and her in the living room.

“We struggled for food. Everyone was pretty much poor then. We had needs. People helped us. People gave us things. My mom generated that helping — we didn’t have DSS like you have now. There was a food truck that once in a while you were able to get food from. We would get peanut butter that had two inches of grease on the top, but we didn’t know any better. It was food and we ate it.

“My mom met my stepfather, who’s been my stepfather since I was 5. He really changed our lives so that we could have things and afford things. The whole time since, I’ve tried to help people in one way or another.”

Her first marriage failed. Boughton found herself in a situation similar to her mom’s — four kids to raise and no help.

“In 2000 I was separated and divorced. It was an extremely bad time. I lost my home — I had to let it go through foreclosure. We moved into an apartment. I was working around the clock. I had to. I had four children and I had to work to survive. But all along the way, somehow, we were trying to donate and give to people.”

She was working at Wayne County Nursing Home in 2000 when “a resident and I decided to support a family in the community at Christmas. We did one family the first time. We got so much stuff for that family, which was composed of a grandmother raising her three grandchildren, which is kind of a thing now. Back in 2000, it wasn’t so common.

“The nursing home lent us a bus. The resident dressed up as Santa and we took all these gifts to the house. There was food, gifts. So many people at the nursing home donated so many things. It was just amazing. For the next couple of years we did two families, then three families. There was a change at the nursing home so we weren’t able to take the bus out but we still got everything ready. Another gentleman dressed as Santa and we went to the homes on Driving Park Circle in Newark with gifts.”

We all know women like Boughton — if there’s someone who’s wired into what’s going on, she’s it. Her field of expertise is people who are in need, people who have run out of options, people who have been given the short end of the stick, people who are almost invisible to the rest of us. She completely understands their situations. Since those early days of providing Christmases to needy families, she has expanded.

Last Christmas, she was able to provide a holiday to 120 children. In August, she assembled bookbags with school supplies for 40 children.

She mobilizes to provide that aid, much of it is through her own energy and time. Here and there, people have latched onto her efforts and stepped in to provide help.

“If we all do a little, we can accomplish a lot” is a phrase that comes up often in her postings.

The word-of-mouth network is strong. Boughton is tapped into it.

She’ll have people get in touch with her directly, through Facebook messenger or by phone. She has a legion of helpers who will funnel news of a family in distress to her, many of whom have benefitted from her help themselves.

Funding all of this takes effort. She is a regular at local nursing homes, where she’s allowed to collect pop bottles.

“I go to gas stations and look in the garbage. Five cents adds up, one nickel at a time,” she said.

Getting her Christmas gifting from two families to 120 took some time and help.

She put a toy collection box at the Wayne County Nursing Home.

“The first couple of years I did get a tremendous amount of help,” she said.

When she went to a new job at Lifetime Care, they let her put out a box, too, and suggested she call her Christmas drive for “Wanda’s Kids,” which she did.

“Lifetime did a great deal for us,” she said.

After she picked up some support from Kinney’s Drugs in Lyons, Boughton approached Walgreens in Newark.

“I had called Walgreens and asked for donations. They said, ‘We have a box here, why don’t you just bring your letter and put it on the box?’ I said OK. It was just a few days before Christmas. I had found about a number of other kids who really needed something. I didn’t have any money left or any way to get more help. So, I went and there was a box there that said, Toys for Tots. The manager said, ‘Put your note on the box.’ This was only a week before Christmas. I put my note on there. It said ‘Wanda’s Kids’ and what we needed.

“Two days later a man called me. He said his name was Cliff, from Toys for Tots. He said, ‘Do you know you violated a federal law by putting your stuff on our box?’ I said I didn’t know anything about that, but Walgreen’s told me to do it, so I did.

“He said, ‘Well I’m the guy who has the toys.’ He invited me up to his warehouse and he gave me a bunch of toys to help kids.”

That started an association with Monroe County and Sharon Beeke there.

“We, my husband, Tom, and I, would help them for hours and she would give me a whole bunch of toys during Christmas. She would also give me toys for birthdays or people who had fires, children who were abused and at Easter time,” she said.

“Alpco Recycling in Macedon helps me a lot. At Christmas and every event I have. I ask Jan and Al Plumb and they help me — they give me boxes at Thanksgiving. They take seven or eight families and they don’t care how many are in the family. They are great,” she continued. “Birthdays — a woman not too long ago had cancer. So did her husband. They were both going back and forth for treatment. Jan gave me $100 for them. The whole company helps me. It’s just amazing.”

Over the years, Boughton has acquired a number of annual benefactors who contribute something around Christmas as seed money. She sends an annual Christmas appeal letter, but only to about 50 individual and businesses. During the year, the soda bottle revenue and individual donations allow her to meet more immediate requests for food or emergency birthday requests.

She has provided gifts for children whose mothers asked her for “anything, so long as her child had something for their birthday.”

She’s made special efforts for two little boys with leukemia. And for families who had enough money for food and nothing else.

There are critics who feel Boughton is being taken advantage of or people have received extra money from the government and shouldn’t need gifts for kids’ birthdays.

She counters that by doing a little bit of investigating when she takes on a new family.

“Some people will criticize that people have gotten these big government stipends. If a child tells someone in the community that they don’t have food, it had nothing to do with the money the parents should or shouldn’t have had,” she said. “The last few families I’ve helped, the child has told someone that they didn’t have food. I can’t let stuff like that go by. I believe in the Lord that if I hear about it, even though I might be tired, I’ve got to do something about it.”

In her gift-giving, she doesn’t hand out cash and will rarely provide a gift card.

“I’ll purchase the specific items myself and give them to the family,” she said.

She gives out supermarket gift cards for families she knows will use them to buy meat and produce.

A woman whose child committed suicide gave Boughton a check for $100 to use in the charity of her choice. Boughton held onto the money until she got a request for a young girl who wanted a bike. That’s where the $100 went.

Headquartered in Newark, Boughton does a lot of work with families in Clyde, Savannah and Wolcott. She emphasizes that most people do not know how deep the poverty goes in Wayne County.

She is always looking for help—especially at Christmas when so much needs to be collected, packaged and delivered. She is always ready to send a donation, however modest, to helping someone genuinely in need.

“Every year I’ve done this I’ve gotten more people who will help me,” Boughton said. “This has been the busiest year so far.”