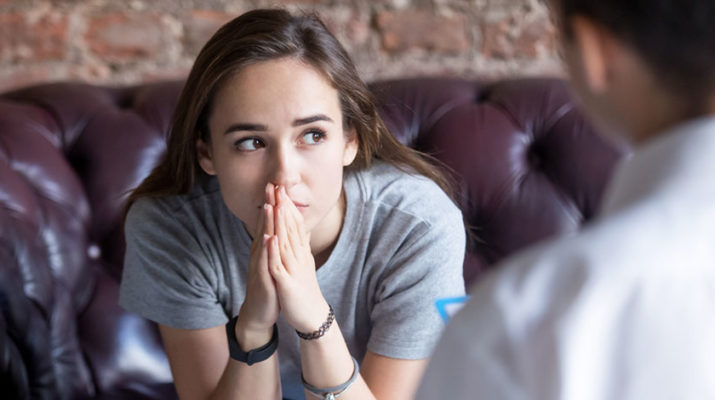 All of these strategies are a big gamble.

Christy Richards, a registered nurse and public health educator with Ontario County Public Health, believes parents can play an essential role in keeping their kids away from drugs.

“Conversations are one of the single most important tools when talking about protecting your kids,” Richards said. “It’s protection from lifelong addiction.”

She advises open and honest conversation that comes from a viewpoint of love and concern — not yelling, blaming, accusing or threatening, since scaring children curtails learning about the topic.

Richards said that parents shouldn’t focus on “The Talk” about drugs — a long lecture performed one time at a certain age — but they should instead organically discuss drugs in short, age-appropriate sessions throughout childhood. Parents should talk about various rehabilitation centers, like WhiteSands, where drug users can check in, to enlighten their kids.

Whether it’s a news story, movie or TV show, parents can ask their children what they think about what they see.

Richards said that even pre-school aged children can learn that a vitamin is not candy but something that they should only take when a parent provides it. That introduces the idea that medication isn’t for recreation but is taken only by those who need it.

Richards said that talking about drugs should be part of talks about maintaining good health, just like eating right and staying physically active.

By elementary school, children could learn about the differences between medicine and illicit drugs and why prescriptions should be taken only as prescribed and by who’s on the prescription.

In addition to drug talks, children also need to learn problem solving for lasting solutions so they won’t feel the need to turn to drugs to solve problems or deal with stress.

“Teach them when they’re young that if they’re in an uncomfortable place, they need to leave,” Richards said. “They should follow their gut and figure out how to get out. When they’re older, they can get out of situation at a party. Otherwise, they may not want to ruffle any feathers.”

Any children who have experienced trauma of any sort should have the opportunity to receive mental healthcare as needed. Richards said that issues such as these can manifest later as a greater susceptibility to drug use.

At the pre-teen age, Richards said that it’s also time to establish rules with consequences, long before something happens.

When having a more formal discussion like this, Jennie Militello, manager of Evelyn Brandon Chemical Dependency, said that the time and place can be significant. “Pick a time when you will have your teens’ undivided attention and when there is sufficient time to talk through whatever comes up. Pick a place where distractions are limited.”

Some like to do so during a car drive, where there’s no ability to escape, yet you don’t have to look eye to eye.

Militello wants parents to prepare with information and details on the negative effects — both long-term and short-term — of different substances.

“Ask thought-provoking questions,” she added. “Any questions that will assist your teen with looking to their own choices and consequences related to these choices will be helpful. “

It’s also important to lead by example. If you rush for a glass of wine every evening after work, it signals teens that using a mood-altering substance can help them relax, too.

If you have used drugs in the past, use your experience to indicate the negative effects of using drugs. If you suffered no lasting effects, express how lucky you were and that others aren’t so fortunate.