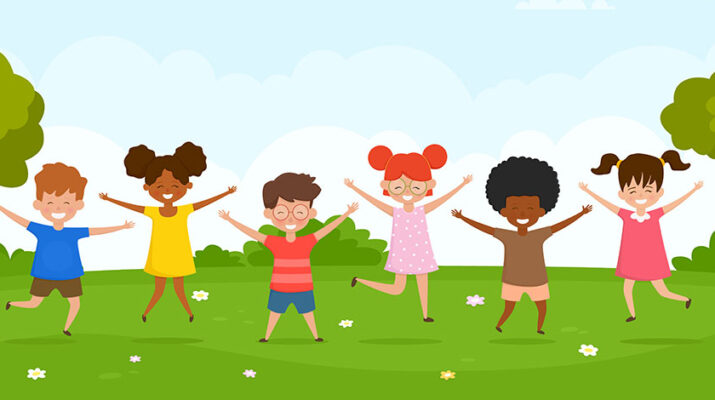 Play is more than just fun; it is a big part of a child’s development

Children’s play is more than fun and games.

In a piece in the September 2018 issue of the journal Pediatrics, it states, “developmentally appropriate play with parents and peers is a singular opportunity to promote the social-emotional, cognitive, language, and self-regulation skills that build executive function and a prosocial brain.”

While the pandemic limited child-to-child contact at school for the past year, children need interaction with peers to promote proper social development. That is why socializing this summer is vital.

But parents also need to balance that need with continuing concern over COVID-19, keeping current protocols in mind.

“It’s a toughie,” said Michael G. Martin, pediatrician with Gladbrook Pediatrics in Rochester. “The kids are probably eager to get outside and play and see their friends. The whole idea of maintaining masking and social distancing is going to be a problem.”

He said that even before any changes in the mask mandate occurred, he had problems with people entering his medical practice unmasked.

Although the Centers for Disease Control and Prevention has lifted some of the protocols for people who have received a full vaccination, the vaccine has not been approved for children under age 12. Parents will need to closely supervise when their children play with other children this summer. By scheduling playdates at their home or at others’ homes with only a limited number of children they know, such as a few families from their neighborhood, parents can more closely monitor who is in contact with their children. Or they could limit their socialized playtime to children of whose parents have been vaccinated.

“That might be a reasonable strategy for some people,” Martin said.

Young children should only play outdoors under a caregiver’s watch irrespective of the pandemic. That makes it easier for parents to know who is in contact with their children and prevent unwanted contact.

The CDC has established that activities outdoors are less likely to result in spreading the virus than indoor activity. Transmission by surface contact has also been proven very rare. For these reasons, going to the playground is fine. However, close contact with other, unknown children at the playground is likely the only issue.

Where Martin sees the greatest danger is in allowing older children and teens to roam the neighborhood to play with unknown kids at playgrounds or other crowded areas.

Camping is one way to allow children the opportunity to interact with other children more safely, whether going to day camp or overnight camp.

“You could meet kids from all over the world, which is vital to their understanding of the world,” said Susie Lupert, executive director of The American Camp Association of New York and New Jersey. The organization is based in New York City.

Just as schools have done, camps are making plans for opening for the summer based upon the state’s guidelines. Since children will be much more supervised than at a random playground, their risk while interacting is mitigated.

“There will be smaller group sizes,” Lupert said. “It’s not going to be a typical summer where hundreds of kids are interacting all at once.”

Providing a camp uses the proper screening and testing protocols, along with keeping children in smaller “pods,” she sees no reason why camping cannot form part of a child’s socializing for the summer.

Parents concerned about the safety of their children’s socializing should consult with their child’s pediatrician and pay attention to the state-issued recommendations.