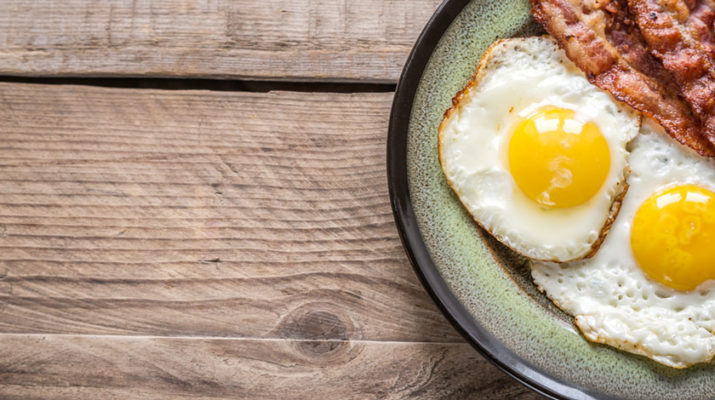 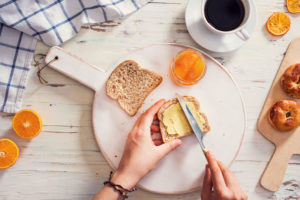 Celebrity doctor Mehmet Oz recently said that people should skip breakfast. That seems to fly in the face of the age-old adage that breakfast is the most important meal of the day and the means to jumpstart the metabolism, but Oz explained that most people respond to society cues to eat, whether they need the calories or not.

Oz explained that eating later in the evening causes the hormones to make the body crave calories — primarily carbohydrates — first thing in the morning. Stopping eating around 7 p.m. resets the hormones so that by 7 the following morning, the body has been fasting 12 hours and it doesn’t feel hungry right away. He added that the data comes from animal research and anecdotal input from professional athletes.

Oz’s advice seems to correlate with emerging research on intermittent fasting, which advocates for eating only during eight hours of the day and abstaining from food for the rest of the 24-hour period. Oz believes that skipping breakfast can help people not only maintain healthful weight, but also perform better both physically and mentally, and even age more slowly.

He also believes that it’s an easy way for people to lose weight and maintain healthful weight, since it doesn’t involve counting calories or points, severe food restrictions or continual efforts (although eating a generally healthful diet of moderate calories is still a good idea).

Even when eating the same number of calories over an eight-hour period compared with an 18-hour period, people tend to lose weight, according to Oz. Also as part of his System 20 eating plan, adherents are permitted a cheat day so their bodies don’t get in a rut — and they can enjoy an occasional breakfast out. Or, instead of skipping breakfast, they can skip dinner that evening to maintain the eight hours of eating.

Debbie Wolfe, a home and lifestyle writer based in the metro Atlanta area, posted in February on She Finds, “if you think skipping breakfast will help you lose weight faster you may be making a big mistake.”

She bases this on the low blood glucose levels people have after not eating for 12 hours since their previous evening’s dinner.

“When you wake up, your glycogen stores are low,” Wolfe wrote. “Glycogen is the glucose that has been stored in your muscle and liver tissues and is released slowly so your blood sugar levels are stable overnight. When you skip breakfast in order to fast, all of the energy from the glycogen stores is used up, your body starts to break down fat to produce energy. You may lose weight with this method, but you can also experience reduced energy levels and fatigue.”

She added that eating breakfast can add a nutritious boost to the day, improve energy levels and metabolism and prevent poor food choices later.

“It has been shown to help people lose weight and prevent and treat diabetes,” Tahir said. “It causes blood pressure and blood glucose markers to go down.”

He likes the simplicity of fasting while still drinking water or tea, since it’s easy for people to understand and follow. Tahir said that after two or three days, people fasting for 18 hours per day don’t feel hunger anymore.

Heather Carrera, doctor of clinical nutrition who works in the office Lesley James, MD in Pittsford, does see merit in forcing the body to rely upon stored glucose, but believes that skipping breakfast may benefit some, but not all.

“I think that intermittent fasting has a lot of health benefits,” she said. “There’s a subset of people who may not benefit who have adrenal fatigue and stressful situations. They may not be able to tolerate fasting. They should eat within an hour of waking up. It’s not a one-size-fits-all.”

For those who do eat breakfast, it shouldn’t be a nutrient-void, sugary cereal or pastry. Carrera encourages things like a protein such as eggs with a little healthful fat or a smoothie with a quality protein powder. Any grains should be whole grains.

“Oatmeal can be a good option if they’re whole or steel cut oats with a little nut butter,” she added.