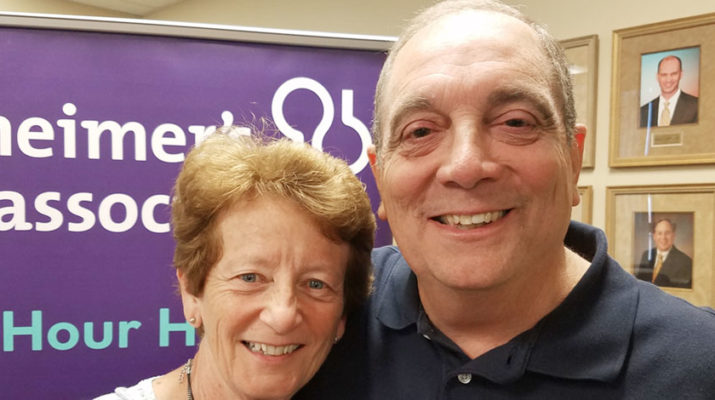 Superheroes have out-of-this-world talents like flight, mind control and speed. But what if a hero could be in two places at once? One part of them could be at work, another with the kids and yet another doing the grocery shopping. It’s a talent many wish they had.

Jackie Wittman, 56, of Brockport may only think of herself as an everyday teacher and mom, but in 2018 she had to muster her superpowers of courage and strength to do the impossible — be in two places at once. Her mother, suffering from lung cancer, was in hospice care in Hilton. At the same time, her brother was in a facility in Perinton as a tumor ravaged his brain.

Wittman is one of the millions of people in the United States who are caregivers providing for a relative in need of support. For other respite care in Hillsboro, you can click here who are extremely good at their job!  Each November, caregivers are recognized for the hard and often thankless work they do. The Caregiver Action Network first promoted National Family Caregivers Month in 1994. In 1997, President Bill Clinton signed the first National Family Caregivers Month Presidential Proclamation. Since then every president has issued an annual proclamation honoring family caregivers in November.

More than 43.4 million people in the U.S. have cared for an adult or child for no pay in the previous year, according to a 2015 study conducted by The National Alliance for Caregiving and the AARP Public Policy Institute.

Currently, Wittman is a teacher’s aide in a special needs classroom at Brockport’s A.D. Oliver Middle School. Last year when her mom and brother needed someone to care for them in their time of medical need Wittman was there without hesitation. She and her three sisters rallied to make sure Richard (their brother) and Kathleen (their mother) were well looked after. Together they made decisions about medical treatments and kept other family informed. She visited them often — every day, if needed. Her main role was emotional support. She helped her mom pray the rosary, brought in soothing music and held her hand and talked to her even when Kathleen’s communication skills faded. Toward the end of Kathleen’s life Wittman was “basically living there.”

Beverly Olney, 65, of Spencerport was always dedicated to caring for others. Her work at BOCES centered on helping teen moms and their babies. She took special joy in all the baby cuddles she got. “I loved every minute,” she said.

Those loving and attentive caregiving skills came into play when her husband, Ralph, 66, was diagnosed with leukemia in 2011. Since then Ralph has gone through two stem cell transplants, has had a heart attack, suffered blood clots and a pulmonary embolism. He has been in and out of the hospital countless times. It wasn’t easy for this once high-ranking executive to deal with such health issues, but with Beverly by his side he got through. Today he is home and feeling relatively well though he still undergoes maintenance chemotherapy every five weeks.

Beverly was looking after Ralph as his primary caregiver. Every time he was in the hospital, she was with him. At home, she managed his numerous medications. She kept friends and family informed, ran the household and paid the bills. She was exhausted but persevered.

Just when Ralph’s health was stabilizing a bit Beverly started to present with some troubling symptoms. She was forgetful. She got lost just driving to the grocery store. Organizing Ralph’s medication became extremely challenging. Ralph was worried, but her doctor chalked it up to stress. They both knew it was more than that. Finally, after demanding more extensive cognitive testing, Beverly was diagnosed with early onset Alzheimer’s.

“It was horrible,” said Beverly. “The whole thing was like, ‘This is not happening. What’s going on?’ I’m supposed to help other people. That’s what I do; that’s what I enjoy doing.”

Now Ralph is Beverly’s caregiver. He does the grocery shopping, drives her to appointments, maintains the household chores and makes sure Beverly has nutritious foods. He does everything, “soup to nuts,” he remarked as Beverly reached out to take his hand in hers.

These stories show how complicated and overwhelming caregiving is. All three experienced intense stress, emotional ups and downs, and anxiety.

Caregiving can upset the health of caregivers and put a strain on family finances, too. But, like every flight attendant knows, they had to put on their own oxygen masks in order to keep helping their loved ones.

When asked how she coped with the pressure of it all Jackie Wittman said it was important to take time to care for herself.

“You need to take care of yourself first. There were lots of times where I was ‘I can’t do this today.’”

Self-care was spending time with her son, relaxing at home with a movie, riding her bike or getting together with girlfriends. Keeping her house neat and clean also gave her a chance to let off steam and have an ordered, pleasant place to unwind.

“I feel better when my house is clean. I need to have all my ducks in a row, if I’m going from person to person trying to take care of everybody and my world is falling apart and I’m stressed out. I just need to take care of me.”

For Beverly Olney self-care meant walking outside as much as possible even if it was just in circles around the hospital building. “I like to walk, I’m a walker. I can do it for five minutes or I can do it for 15 minutes. To me it was just really good to breathe in the fresh air and crisp air and then be like ‘OK, I’m going back in.’”

When Olney’s husband, Ralph, stepped into his role as caregiver, he knew that taking care of himself meant looking to his church for support.

“We’re people of faith,” he said. “I spend a fair amount of time reading faith-related books on healing and going back to the bible. Job is my favorite because it describes our situation better than anything. The devil keeps taking a run at us, but he’s not going to win.”

Ralph also finds solace in giving back to his community. He volunteers at his church and is on the board at the Wilmot Cancer Center. In September he organized a team for the center’s 2019 Warrior Walk and raised over $25,000.

Photo: Jackie Wittman, 56, of Brockport in 2018 was the primary caregiver of both her mother, Kathleen, 84, who suffered from lung cancer and was in hospice care in Hilton and her brother, Richard, 63, who was in a facility in Perinton as a tumor ravaged his brain. “You need to take care of yourself first. There were lots of times where I was ‘I can’t do this today.”