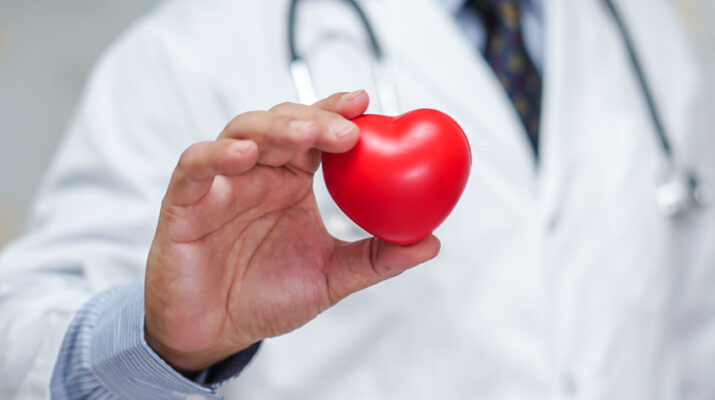 Cardiac rehabilitation can help patients who have experienced a heart attack reduce their risk of experiencing another heart attack and other cardiac events.

While a mainstream practice now, promoting these programs began in the 1970s. They were not widespread until the mid-2000s. Before this point, post-heart attack patients were told to rest and avoid performing hard work. Return to anything close to their pre-heart attack life? Forget about it.

Treating patients after a heart attack “is so different than what it used to be,” said physician Seth Jacobson, director of the cardiac rehabilitation program at University of Rochester Medical Center. “We spend a lot of time taking care of our patients and advising them what to do after a major lifechanging events. The medical improvements from 30 years ago compared with now is night and day.”

Jacobson said that after a heart attack, patients learn what happened to them and why — along with what they can do to lower the chances of it happening again. As an active participant in their own healthcare, patients learn about the changes they can make to get better.

All that information can be a little overwhelming, so Jacobson recommends that patients bring along a helper to provide a second set of ears and take notes.

Most patients will receive up to five medications, some long-term and others short-term, to perform tasks like lowering cholesterol, controlling blood pressure, prevent blood from coagulating, and more. These medications allow the heart to recover and help the patient get vital numbers under control.

“This isn’t an antibiotic where you take a pill seven days and you’re done,” Jacobson said.

Patients also will plan follow-ups with a cardiologist and primary care physician to monitor their health. Other risk factors to work on can include smoking cessation and weight loss.

The plan for rehabilitation also includes teaching patients how to safely become fitter, improve their diet, and enhance their emotional health. It is not a matter of a short-term fix but lifestyle modification to gain and maintain wellness.

“We want you to not only survive but thrive and get back to the level you were before,” Jacobson said. “We rehab people back to their condition before and better. We can improve their endurance and confidence.

Patients also meet with a dietitian to plan how to eat better and with an exercise physiologist for help in learning how to exercise. Cardiac rehabilitation lasts 36 sessions. Patients go twice weekly.

Those who follow through with cardiac rehab reduce their risk of another significant cardiac event by 25% to 50%.

Insurance covers the rehabilitation with co-pays and those with Medicaid or Medicare pay very few fees. Jacobson said that since the rehabilitation is so important, his organization works with people who struggle to cover the co-pays. Social workers can help arrange transportation for those who lack it.

Despite its importance, most patients do not follow through with cardiac rehab. Jacobson estimated only 20% to 25% of those eligible participate.

“Some patients don’t feel like going,” Jacobson said. “Some of it is because their doctors don’t recommend it strongly enough.”

Simone Bailey-Brown, cardiologist with Rochester Regional Health, said that if patients do not receive the recommendation for cardiac rehab at the hospital, then they should when they meet with their cardiologist.

“Cardiac rehabilitation is a very important program for patients who have survived a heart attack,” Bailey-Brown said.

She also said that for some patients, work restrictions may be required; however, that depends upon the nature of their work, the severity of the heart attack, and their condition after the heart attack.

“Cardiac rehab helps to foster healthy lifestyle choices during a time when patients may be reluctant or afraid to do so,” he said. “This is in a safe environment, usually under the guidance of experienced registered nurses.”

Insurance usually covers cardiac rehab for chronic heart disease such as coronary artery disease or chronic systolic heart failure and patients who have had a heart procedure or surgery.