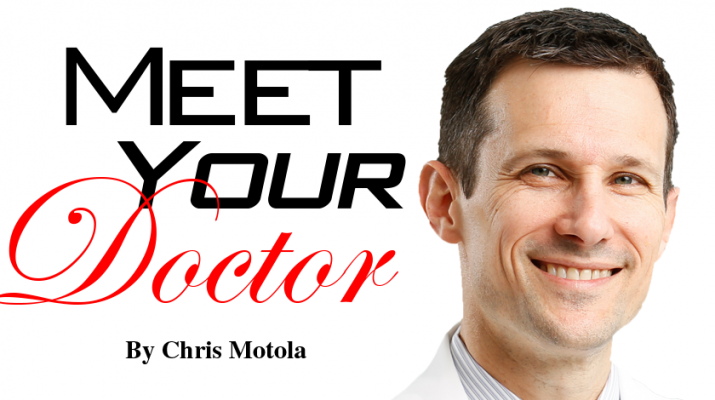 Director of clinical trials at Wilmot Cancer Institute involved in study that’s changing the standard of care for leukemia patients. “We’d like to cure [chronic lymphocytic leukemia],” he says 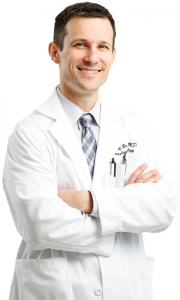 Q: What exactly is leukemia?

A: Chronic lymphocytic leukemia (CLL) is the most common type of leukemia that we see in Western countries. It’s fairly prevalent in the United States. It’s a disease of older patients. The average age of diagnosis is around 70, 72 years. It’s a relatively slow-growing disorder, so while patients definitely need treatment, the median survival rate is probably measured in decades at this point.

Q: What treatments have been available. How effective have they been?

A: We have a very large clinic where we take care of CLL patients. And again, these patients live a long time, so there’s a somewhat holistic, multidisciplinary approach we take to taking care of them. We think about preventive care, make sure they have their immunizations, try to prevent infections. We screen them for skin cancers. There are a lot of aspects to taking care of these patients. But when the disease progresses to the point where it’s causing symptoms, we often discuss treatment options. Historically, the best treatment therapies have revolved around chemotherapy. Specifically, chemotherapy combined with immunotherapy, an antibody called Rituxan that’s been commonly used in the past decades. Overall, this treatment did improve how long patients lived, disease control and their overall quality of life and certain things associated with symptoms. But none of these treatments were curative.

Q: And the newer treatments?

A: Over the last 10 years or so we’ve developed targeted treatments that focus on the leukemia cell itself and affect the rest of the body less so. And as a result, we’ve ended up with better treatments with fewer side effects. One of the lead agents that’s really changed how we manage patients is ibrutinib. And that was sort of the focus of these two clinical trials that we recently presented at the American Society of Hematology. They compared ibrutinib therapy against standard chemotherapy. One trial was for patients who were under 70, the other was for patients who were over 65, so there was some overlap and used different chemo treatments. But at the end of the day, the trials found that ibrutinib therapy, which is pill-based, provided better disease control over several years compared to chemo. In the younger patient trial, not only did it work to provide better disease control, but it led to a survival benefit, meaning they lived longer.

Q: How long has ibrutinib been around?

A: We’ve been using these treatments for many years. The drug’s been approved since 2014. So we saw the data coming that it would be superior to chemotherapy. It’s really treatment altering and is changing the standard of care. There are now targeted treatments, second and third generation of the same class of drug as ibrutinib that will change how we treat these patients going forward.

A: It’s a targeted therapy. The specific target it hits is called BTK; it’s a BTK inhibitor. So it’s actually not chemotherapy or immunotherapy. I think big picture, it’s all about providing these patients both length of life and quality of life. Along with help from our supportive care measures, many patients can enjoy a normal length of life and, even if they need therapy, can have a reasonable chance of having little-to-no side effects and not endure some of the problems we’ve seen in the past.

Q: Lay observation: it seems like we used to talk about a cure, singular, for cancer, but now it seems like we’re seeing many different types of cancer treatments, almost specific to the individual. Is that accurate?

A: That’s right. What we’ve found in general is that the more we’ve learned about different types of cancer, we keep subdividing cancers into smaller and smaller groups and, on some level, each patient’s cancer is different than another’s. We’re trying to be more and more precise both about our diagnoses and the treatments we prescribe. This is an example of developing an agent that targets the CLL cell, and what drives it. That’s why it works so well and why it’s so well-tolerated. But yeah, I think you’re exactly right.

Q: Once you have promising data on a study, where does it go from here?

A: We’d still like to cure the disease. Right now it’s closer to a chronic disease; some patients can live a normal lifespan. But that doesn’t mean we’re done. We’d like to cure it. So the next round of studies are going to look at combinations of these targeted agents. I mentioned ibrutinib, but there are several others that target the CLL cell that aren’t chemotherapy-based. Combinations of these may allow us to provide deeper and deeper remissions which, if we do it long enough and at the right time, will hopefully start translating to cures for some patients with CLL.

Q: Are you currently involved in any other trials?

A: We’re really focused on CLL. We run a number of studies on this disease. It’s a subtype of non-Hodgkins lymphoma. I also run studies with other types of lymphoma. Beyond that, administratively I oversee the infrastructure for all studies at our institute. That’s not to say that I oversee each of the 300 clinical trials we have going on, but I make sure we have all the pieces in place to conduct these studies. It takes an army to conduct clinical trials in this day and age.

Q: How many people did it take to conduct that last study?

A: Here’s one answer. The studies were opened at hundreds of institutions across the United States through the National Cancer Institute. So you consider the hundreds of centers that opened the study and all the staff at each of the institutions, that’s a hard number to guess at. It’s in the many hundreds.