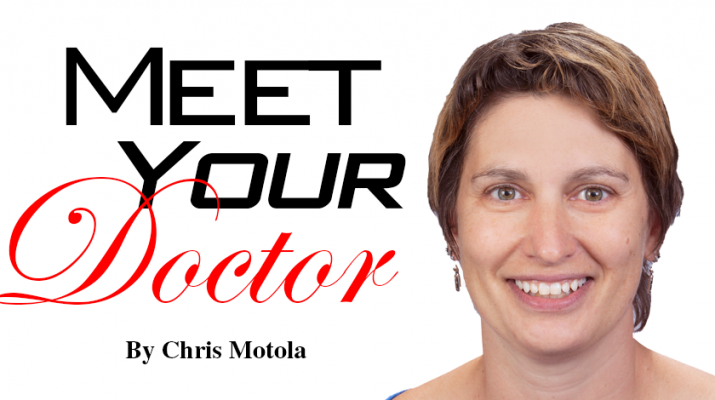 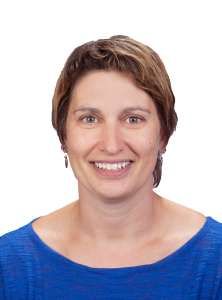 Q: You are in charge of medical services not at one but at two hospitals in the region, correct?

Q: They’re both pretty rural. How similar are their operations?

A: They’re different in that Newark has been affiliated with Rochester Regional Health for over eight years and Clifton is the newest one to have joined. So, there’s a lot of culture and policy differences at Clifton. But the physicians also go back and forth between the hospitals. Clifton has a little bit of a different feel to it too because it has a unit called “The Springs” that does complementary medicine. They offer things like chiropractic and acupuncture services. So they get patients looking for that as well.

A: They’re small hospitals, so we can’t have the specialty services they have in the city. But a lot of patients who come to us don’t have to have to commute into the cities or make their families drive hours to see them. We’re trying to provide as many specialty services as we can safely provide. We’re trying to share services. Newark has a pulmonary critical care doctor during the weekdays, so if someone at Clifton needs a little higher level of care, we’ll move them to Newark. Likewise, Clifton has inpatient dialysis equipment, so we’ll try to get people who need the service in the eastern region to that hospital.

Q: How do you manage the logistics?

A: It sort of depends where the patients are. Sometimes a patient will just come into the emergency department, but they’ll come to the one where we can’t provide [a specific service]. So, then, we transfer them immediately. We’ll keep them in the eastern region if we can. I worked in Rochester General for 15 years and we got five to 10 patients a day from surrounding rural hospitals. It’s a little more challenging when we have an inpatient, because we need to work with the insurance companies to make sure they approve the transfer. Sometimes, if they just need a procedure, we’ll send them to Rochester to have the procedure and then they’ll send them back the same day. We have to coordinate that with the ambulance companies, but there aren’t as many of them out here, so it can be challenging.

Q: With the trend toward hospital networks and consolidation, it seems like rural hospitals are the most vulnerable to being bounced around. Do you have to make a case to the city anchor hospitals often?

A: Newark’s been a partner for a very long time, so that’s a very tight relationship. We’re trying to expand, really, to employ more of the physicians in the rural area who might be in private practice. I haven’t felt any real pressure from Syracuse or that Rochester General is considering dropping us. We’ve just been encouraged to grow and expand our services.

Q: You mentioned Clifton Springs’ complementary services. That’s something even a lot of city hospitals don’t have. Does that draw from a larger area than a rural hospital otherwise might?

A: I think we do. A lot of people will come as outpatients for those services and later want to come here as inpatients because they have a doctor here. It’s interesting because we’re trying to integrate those services with the hospital in case, for example, an inpatient wanted to get acupuncture while they were admitted. It’s been a little difficult because it’s not something insurance companies usually want to cover. So, we’re trying to figure out how to handle that with reimbursements. Since we’re part of the electronic medical records now, we need to work with IT to try to get those very specialized service integrated into it. We’re very close to getting acupuncture integrated into our infusion center in Clifton, which is a pretty active cancer center. Since they’re both outpatient services, it’s a little easier on the reimbursement side. Our two oncologists are very well respected, so I think we have a big draw for that, as well it just being a lot easier to get to for many of our patients than Rochester or Syracuse.

Q: What kind of mark do you want to leave on these hospitals?

A: I’m kind of new to the job, so I haven’t thought too hard about that. I would say that I’m mostly focused on growth of our services so that we don’t have to transfer patients as much. Right now we have 24-hour care at Clifton in the ED but not on the hospital floor itself. I also want to really unify Newark and Clifton. We have a lot of physicians at one who are looking to get privileges at the other, so they can provide services to both. I think that will be pretty exciting to get the two hospitals working more closely together in the eastern region.

Q: How do you sell rural hospitals to physicians?

A: Most of the doctors you hire are recent grads. It’s a bit intimidating to go from a supervised position in a tertiary care facility to a rural hospital where you’ll have less technical and subspecialty support. We had one recruit from Clifton Springs who wanted to come home and another who isn’t from the area but is from a small town. You can then use them to help us recruit others because they provide some confidence for new grads. It’s not for everybody. We also have physicians from Rochester who will do a few months on our campuses, but that’s not ideal. We’d like to have people here full-time who can fully embrace and get integrated into our culture. We had a doc who was at RGH forever and was getting really burned out. He was doing rotations at Newark and he just fell in love with it. He said it felt like the way medicine was practiced 30 years ago. Everybody talked to everybody. You knew everyone’s number who worked there. So, we sell it like that. It’s kind of like a family. It takes a lot longer to develop that at the big hospitals, if you do at all.