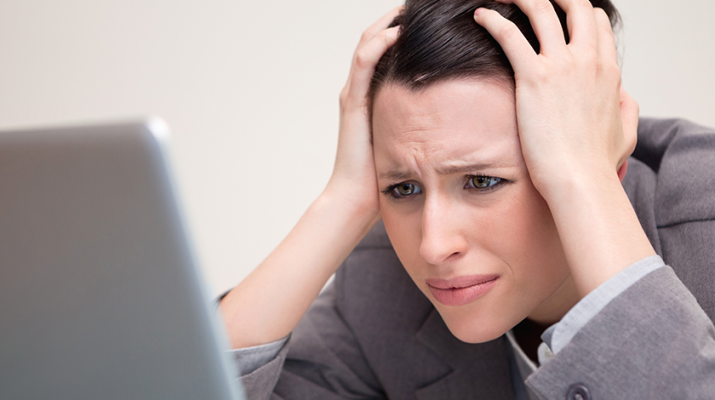 Stress is on the rise for women — nearly half of women in survey said their stress has increased over the past five years, compared with only 39 percent of men

Stressed out? How you perceive it and respond to it can vary depending upon your gender, according to the American Psychological Association.

The organization’s website states that “men and women report different reactions to stress, both physically and mentally. They attempt to manage stress in very different ways and also perceive their ability to do so — and the things that stand in their way — in markedly different ways.”

For example, women are more likely to report physical and emotional symptoms to which stress is contributory, including headache, feeling as though they could cry, upset stomach, interrupted sleep and more.

According to the association, stress is on the rise for women. Nearly half of women surveyed said that their stress has increased over the past five years, compared with only 39 percent of men.

“It’s unbelievable how much women do,” said Melissa Endres, general manager at Relax The Spa in Rochester.

In the business 20 years, Endres said that stress levels for women have never been higher, and part of the reason is that women take on so many different roles.

Compared to men, women usually complete more cooking and housekeeping tasks, manage the household’s social calendar and primarily care for their children or elderly relatives, all on top of working a job.

According to the Bureau of Labor Statistics American Time Use Survey in 2015, adult women spend an average of two hours, 15 minutes on household activities daily, compared with men’s one hour, 25 minutes. Both indoor and outdoor chores were included. The bureau also states that women spend twice as much time caring for others in the household than men. About 72 to 75 percent of adult women have worked full-time since 1968.

Physician Rob Kiltz, who heads CNY Healing Arts and CNY Fertility in Rochester, said that women’s stress “is a very important area that I’ve been involved with a long time. Healing Arts is about stress reduction,” he said.

He said that the emotions directly relate to the coronary system, gastrointestinal system and other bodily systems.

“Stress hormones affect every organ system,” he said. “It causes fatigue, exhaustion, pain and increases inflammation, and ultimately the core of all diseases, is related to inflammation. It’s the foundation of every disease.”

Taking care of themselves doesn’t end up high on their to-do list.

“If they don’t take care of themselves, stress is like a build-up of tension in the body and mind,” said Erin Whiting, reiki master and owner of Soleil Wellness in Victor. “They end up developing anxiety, depression and a lot of times, even physical illness. So if they don’t use and practice many of the many things to manage stress, they burn out in some form or another, physically or mentally.”

Cutting back on commitments, controlling screen time, eliminating or setting boundaries on toxic relationships and lowering self expectations can lower possible sources of stress; however eliminating stress isn’t possible. Plus, some circumstances that contribute to stress are generally pleasant — a promotion, new baby, or surprise party. Managing stress is vital for reducing its ill effects.

“I often find that stress is related a lot more to your perception on life,” Whiting said.

Maintaining a positive outlook really does make a difference. In the midst of a difficult circumstance that could be stressful, look at possible solutions and what’s going right.

“When I’m in a fight or flight mode, breathing techniques stimulates the rest and relax response if you’re breathing properly,” Whiting said.

Whiting added that it’s important to “allow yourself to just be OK to sit still. We don’t give ourselves permission to just be and not feel guilty.”

“There is often a physical component to dealing with stress,” Pratt said. “Mental, emotional and physical health are inter-related.”

While under stress, hormones secreted to aid in physical defense can divert energy from digestion may reduce the absorption of nutrients.

In modern times, eating while watching the news, checking email or skimming through social media can result in stress-filled eating.

“It seems like a good way to multi-task, but it’s not good for you,” Pratt said. “If you take a break to eat, you’ll think clearer.”

He also advises cultivating a habit of gratitude and taking time each morning to “enjoy your cup of coffee or take the dog for a walk, which gets your mind in the right place.”

Modalities such as massage, talk therapy, and acupuncture can help reduce the effects of chronic stress.