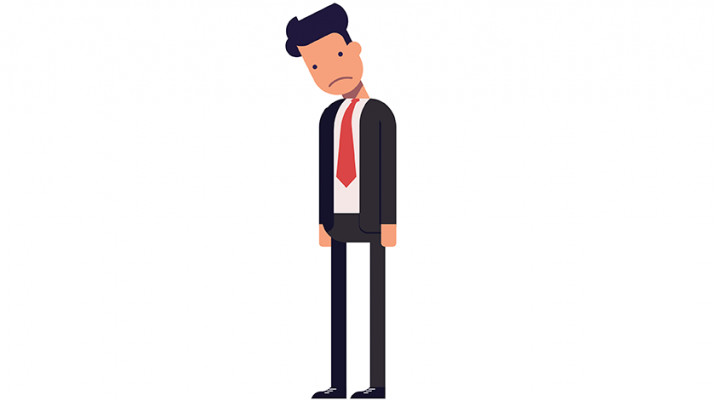 The lifetime prevalence of major depression is 20 to 26 percent for women and 8 to 12 for men. But those numbers may be skewed by a few factors, according to the Journal of the American Medical Association.

“Women are just wired to be more verbal,” she said.

Culture also plays a role, as men are conditioned to remain quiet about feelings and not express feelings in healthy ways. Instead, turning to “self medication” such as alcohol and drugs, or relieving stress through angry outbursts or irresponsible behavior represents unhealthy ways men cope.

“Generally, I feel men have less awareness of their emotions,” Graham said. “They maybe can’t name how they feel. I have a chart that lists 60 or 70 emotions. It’s not that unusual to find a guy who says, ‘I don’t know how I feel.’”

Unfortunately, many men don’t see primary providers very often and when they do, they typically don’t receive screening for depression, according to Todd Kennedy, licensed master of social work in private practice in Rochester.

“Primary care providers carve out 15 minutes of time for each patient and mental health is about the last thing on their mind,” Kennedy said. “It’s usually initiated by the patient.”

He said that oftentimes when patients bring it up, they receive a questionnaire to fill out and receive a separate, unexpected co-pay for asking.

When men do contact mental health providers, it’s usually because of a crisis, such as a DUI conviction, infidelity or divorce, Kennedy added.

Kennedy said that logistics may hamper men from seeking mental health help. Many entry-level insurance plans don’t cover long-term mental health treatment. Providers included in these plans and mental health clinics that accept a sliding scale fee typically have a two-to three-month waiting list and provide care only from 9 to 5.

Many men feel reluctant to take time off from work for therapy, both because they need the money and because they fear the stigma of needing mental health help.

“It’s a challenge, depending upon the environment you work in,” Kennedy said. “Be as open and honest as possible. Shame is a barrier for people in a lot of ways. Overcome that by saying, ‘I’m dealing with personal issues I’m getting help with.’

“Use qualities of strength toward being vulnerable. It’s not very strong to lie about something.”
But Kennedy urges people to take mental health seriously.

“Recognize that depression can be a deadly disease,” he said.

Kennedy isn’t just referring to suicide risk, which increases with untreated depression, but other health implications.

Eric Schantz, licensed mental health counselor in private practice in Pittsford, said that he treats many men in professions with high responsibility and high risk of depression, such as doctors, first responders, fire fighters and law enforcement officers.

“In those fields, people will seek help, but it’s overall less common because there’s an incredible stigma,” Schantz said. “It’s seen as a sign of weakness. I’ve been told over and over that they don’t dare talk about mental health issues to their supervisor. They will immediately become a target. They’re afraid they’ll lose their jobs.”

Schantz thinks that untreated depression resulting in suicide contributes to the lower life expectancy of men in certain professions. He said that the rate of completed suicide among first responders and medical personnel is twice that of other fields.

“I know of first responders who travel miles out of the way and pay out of pocket so no one at their workplace will know about their mental health treatment,” Schantz said.

Dan Rosen, a licensed clinical social worker in private practice in Rochester, said that cognitive behavior therapy and mindfulness represent just a few of the psychotherapy techniques that therapists can use with the goal of helping people develop their own healthy coping mechanisms.

“The lifelong chance of having a depressive episode is close to 40 percent,” Rosen said. “It’s common and nothing to be ashamed of.”

He encourages people to treat their depression. In addition to a low emotional state, “depression raises the risk for cardiovascular disease, erectile dysfunction and overall poor health,” he said.

Websites such as that of Psychology Today (www.psychologytoday.com) or Good Therapy (www.goodthearpy.org) can help people find a therapist with whom they feel comfortable.

From the website of Depression and Bipolar Support Alliance (http://www.dbsalliance.org):

While major depressive disorder can develop at any age, the median age at onset is 32. (U.S. Census Bureau Population Estimates by Demographic Characteristics, 2005)

People with depression are four times as likely to develop a heart attack than those without a history of the illness. After a heart attack, they are at a significantly increased risk of death or second heart attack. (National Institute of Mental Health, 1998)