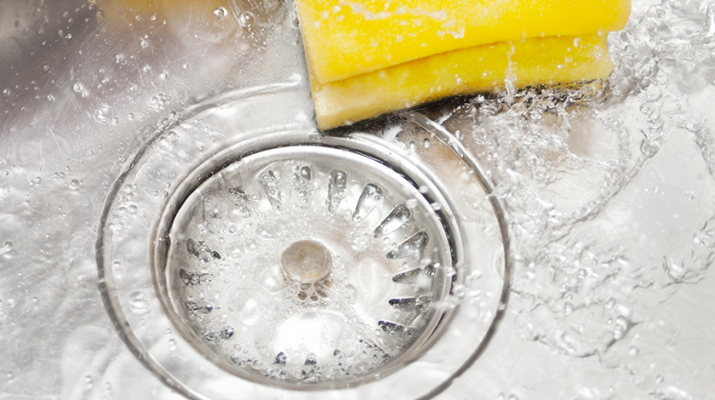 Every home has one and it’s the most bacteria-laden surface under the roof. The toilet seat? The garbage can? Try the kitchen sponge that you use to wash utensils, wipe counters and scrub plates. It’s likely dripping with disease-causing pathogens.

A study by German researchers revealed 362 different types of bacteria present on household kitchen sponges — and half of those types were harmful bacteria.

While to most healthy people, the bacteria they encounter in their everyday life doesn’t unduly affect them, people who are immuno-compromised must remain vigilant about keeping bad bacteria at bay. And, for those who can’t stand the “yuck” factor of germy kitchen sponges, here are a few options.

• Ditch sponges altogether. “We don’t recommend kitchen sponges,” said Jeanne Schell, senior public health sanitarian at Monroe County Public Health. “You can use them a few times, that’s fine, but you cannot sanitize them. We don’t see them much in restaurants. They use cloths.”

Restaurants typically hold their dishcloths in a bucket of bleach-diluted water to prevent contamination.

Of course, after the cloth has been exposed to a known germy surface, like raw meat juice, grabbing a clean cloth doesn’t hurt.

• Nuke your sponge. Some experts recommend microwaving a wet sponge for two minutes to clean it. Schell isn’t convinced.

“I don’t think it’s the best option,” she said. “Others say dishwasher every night, but there are too many nooks and crannies in the sponge.”

• Use the right cleaner. Evelyn Lannak, professor in hospitality at Monroe Community College, recommends a bleach solution in a spray bottle or bucket, one tablespoon of bleach per gallon of water.

“Allow it to air dry afterwards for safety,” Lannak said.

• Soak tools. Every day, soak item such as bottle brushes, sponge wands or sink brushes in the bleach solution for 30 seconds, Lannak recommends.

• Go disposable. “Handi Wipes are nice because you can throw them away,” Lannak said. “They’re single use.”

She added that especially for very germy chores, such as cleaning up after cutting up a raw chicken, a single-use cloth or paper towel prevents bacteria from spreading.

• Limit germy messes. For example, many people believe they must wash their raw, whole chicken before roasting it. Lannak said that doing so spreads bacteria, since the rinse water splashes around the sink. Anyone worried about the chicken’s cleanliness should realize that processors clean the birds before wrapping them for selling.

“Since you’re cooking it, it kills any bacteria that could be in it,” she said.