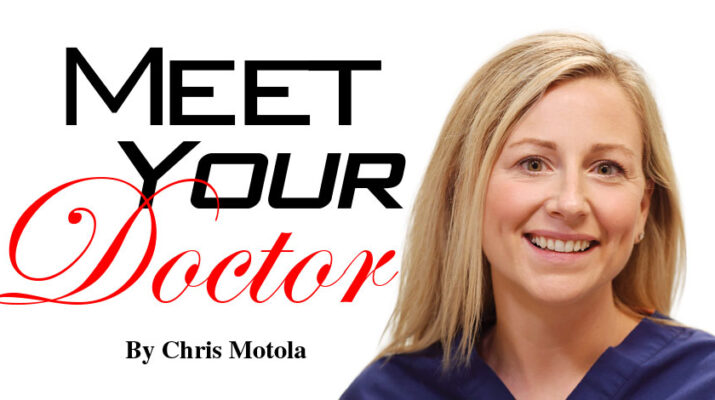 OB-GYN chief at Thompson Health discusses minimally invasive surgeries and the role the daVinci robot plays in OB-GYN surgeries. ‘It has taken laparoscopic surgery to the next level,’ she says

Q: We wanted to talk to you about minimally invasive OB-GYN surgeries at FF Thompson Hospital.

A: Minimally invasive surgery is my passion. When we say minimally invasive, it usually encompasses a set of techniques that we use now, compared to 20 years ago, that have changed outcomes for patients. It could mean a nonsurgical option, which would be noninvasive, but there are ways to avoid having surgeries for certain types of menstrual or uterine-related complications.

Q: What are some common gynecological surgeries?

A: Mostly when we talk about surgery in relation to gynecology is something related to bleeding or fibroids, which are noncancerous growths inside the uterus that can cause a lot of pain and pressure. They can get very big sometimes. Or, something to do with chronic pelvic pain. Endomitriosis is very common; around 10% of women suffer from it. Women may have ovarian cysts that sometimes need to be removed. So those are where we employ a lot of those techniques. That’s where we start thinking about minimally invasive surgery.

Q: How are outcomes affected?

A: With these techniques and interventions, we can reduce the amount of time the patient is in the hospital and in the operating room, as well as their recovery times. Those are the types of things we’re talking about when it comes to improved outcomes. We use different sets of medication than we did 20 years ago. Thompson is very good about limited narcotic use after surgery, in light of the opiate epidemic. We give preoperative medications to help decrease the risk of postoperative pain. When we’re talking about the surgery itself, there are several types of minimally invasive surgery. There is laparoscopic surgery, which includes both the traditional way of using cameras fed through catheters to see inside the abdomen, moving the cameras around with our hands. That made some of the biggest changes initially, but now we also have robotic laparoscopic surgery, which is where the daVinci robot comes in. I don’t want to go as far as to call it life-changing, but it has taken laparoscopic surgery to the next level. It allows us to treat very difficult cases that would be very hard to treat with laparoscopic techniques, and allows us to treat more patients laparoscopically.

Q: How long have you been working with the robot?

A: Thompson has been ahead of the game with robotic systems as far as community hospitals go. They had one when I first got here back in 2012. Like any other technology, it ages out, which is why it’s so important that they upgraded to the new model last year, even in the middle of COVID.

Q: Since you’ve had experience with both generations, what improvements have been made?

A: My husband loves cars. I drive a car — I love heated seats — but cars today have so much more to offer than heated seats. I feel like the first robot was like the first car with heated seats. It had some perks, but I got to the point where my skills with laparoscopic surgery were good enough that it didn’t benefit me anymore, at least in some ways. Some of its features had aged out. But the new robot is like getting a Mercedes that has every feature you could think of. In terms of visualization, the camera definition; as a surgeon I get it and see the difference, but it’s harder to explain to someone who hasn’t been working with them. It’s like taking a picture with an iPhone 4 versus a current model. When we can see better, we operate better, we move more efficiently, we can see very small lesions. It improves outcomes. But also the tools that come with it. There are instruments that come with it that you couldn’t buy for the old model. They probably cut 15, 20 minutes off of my cases. That changes the patients’ outcomes immensely. A hysterectomy used to be three to five days in the hospital, now patients usually go home the same day.

Q: What kinds of quality of life impacts does it have?

A: In reference to long-term outcomes for a woman, it means being out of work for less time, especially if their job doesn’t involve heavy lifting. We’re talking two weeks instead of six weeks. I guess the second is, in terms of follow-up, is making it less necessary to come into the office. We can offer telemedicine post-operative checks.

Q: What percentage of your operations use the robot?

A: It varies by surgeon, but for me it’s about a 50-50 split. I use the robot almost as an additional instrument. If a patient has endometriosis or a very large uterus, I err on the side of the using the robot. It gives me more hands, gives me a little more control. We use it frequently and love it. There are other surgeons who have switched over to almost always using it, but that has a lot to do with how they were trained.

Position: Chief of obstetrics and gynecology at F.F. Thompson Health

Organizations: American Congress of Obstetrics and Gynecology; Medical Society of the State of New York; American Association of Gynecologic Laparoscopists