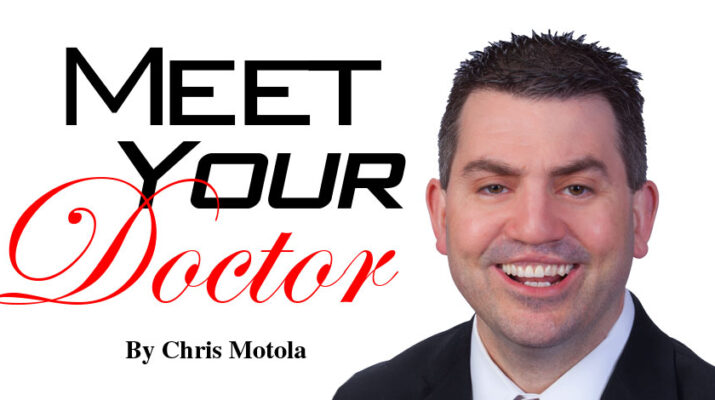 Cardiologist and his team at Rochester Regional Health celebrate life-saving heart procedure No. 1000

Q: I don’t know if you remember, but we actually did this four years ago when you were first working with the Watchman implant. It seems appropriate now that you’ve just recently installed your 1,000th transcatheter aortic valve replacement (TAVR).

A: I do! It’s amazing that it’s been four years already. We’ve grown. There’s a field that’s emerged within the last five years that’s called structural heart disease, where you fix structures in the heart that don’t involve stents and the arteries. We’re looking at things like the valves and the muscle. So, I was recruited back in 2015 to start the program at Rochester Regional. The lion’s share of what we started doing was TAVR — in Europe they call it TAVI. A week and a half ago, we did our 1,000th TAVR. We’ve grown in a very short period of time into being, not just a high-volume, but a nationally recognized program. We’ve been pretty lucky and fortunate. And it’s been great for patients, because anything that’s being offered in that space is currently been doing at Rochester. TAVR, Watchman and other procedures are being done here. It’s pretty cool.

Q: Can you give us a reminder of what TAVR is?

A: What it essentially is, is placing a brand-new aortic valve where their current one is using a catheter, which is pretty much just a tube. We place a tube through the artery in the groin and it goes up through the large vessel that comes out of the heart called the aorta. And we use that tube to position the new valve. The valve itself is a metal stent loaded onto a balloon. We position the valve and then expand the balloon to push it into place. Inside the balloon are the brand-new tissue leaflets that function like a normal, native valve.

Q: Now that you’ve had a few years to follow up with patients who got the Watchman implant, are you satisfied with the device?

A: Yeah, absolutely. When we talked, we’d just gotten started. We’re an extremely high-volume Watchman center. I don’t know the exact number, but we’ve done somewhere around 400 – 500 Watchman procedures. And it’s not just the number of procedures, we’ve also done some unique things where we now use a CT scan to three-dimensionally map the heart and plan the procedure. So when we select a device, we can consider the anatomy we’re working with. Boston Scientific, which makes the Watchman, has just released the Watchman FLX device. The prior one is called Watchman 2.5. Needless to say, the new device is very different. It’s a lot safer, which isn’t to say the old device was dangerous, but the new one has an a-traumatic end. It makes it easier to implant in patients who have difficult anatomy. It nearly eliminates the risk of us puncturing through the heart when we try to close it, which was rare, but it could happen. The new device basically eliminates that risk. So it’s safer and easier to implant. So we’ve now got the next generation of devices.

Q: Has the process gotten more efficient too?

A: Something that’s very cool that Rochester Regional is kind of the leader on: we’re the first to really start a formal same-day discharge program. In general, when people get Watchman, they stay overnight, sometimes longer. In 2017, we started discharging people the same day. Basically, we do that routinely now, where people get the Watchman device and go home the same day. We’re the first program to do that in the U.S., and the data we’ve accumulated on the safety of it is going to be published in a prominent medical journal. Especially now in the era of COVID, where patients need and want this procedure but have concerns about staying in the hospital. So we can do the Watchman implant and discharge in the same day. We’ve also done that with TAVR for selected patients.

Q: In terms of outcomes and quality of life, are patients getting back to their lives more quickly?

A: TAVR is the one that’s really remarkable. When we do TAVR, we’re doing it for aortic stenosis. Aortic stenosis is where the valve that pushes blood throughout the entire body narrows. The reason they have issues with the aortic valve is just a natural build-up of calcium as they age and then those leaflets don’t work right anymore, which puts pressure on the heart. If severe aortic stenosis goes uncorrected, it’s 100% fatal. Traditionally surgery was the only option, but now with TAVR the outcomes are about even. Some may even do better with TAVR. It’s about a 45-minute procedure that’s done without general anesthesia, but you’re comfortable under conscious sedation. You’re walking around within three to four hours, and you go home. And you feel dramatically better. So, it’s not only lifesaving, but you feel a whole lot better.

Q: When we last spoke, about 10% of your valve replacements were TAVR and about 90% were open heart surgery. What’s the ratio at now?

A: At the time when we spoke, only high-risk patients were getting TAVR. Now it’s available for medium and low risk patients. Now TAVR procedures are probably around 60%, 70% of cases. Maybe even higher. The people who are getting open-heart surgery are now only those who have anatomy that isn’t favorable to TAVR, or who have significant blockages. So it’s completely shifted within the last four years.

Rochester General Hospital celebrated a milestone in November. Physician Jeremiah Depta and his team performed its 1,000 TAVR procedure (one of the top 25 sites in the nation). The TAVR (transcatheter aortic valve replacement) is a minimally invasive procedure to replace a narrowed aortic valve. Patients who undergo this procedure experience immediate relief from symptoms such as shortness of breath and fatigue. RGH is unique in that it is one site that offers same-day or early discharge for patients undergoing TAVR.