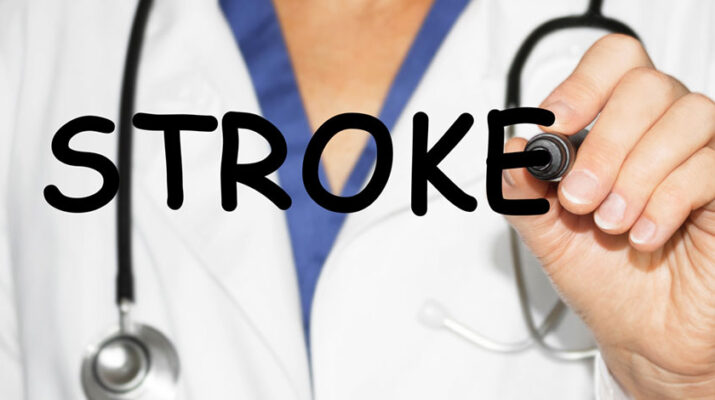 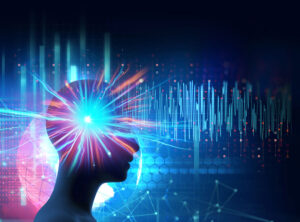 The past six months have been the healthiest of my life.

I started a regimen of walking three to four miles every day, I nearly eliminated alcohol consumption and drastically increased eating fruits and vegetables while reducing red meat. I regularly play tennis, sleep well and don’t take any medicine — and, of course, I don’t smoke. I have been controlling the food portions I eat as well.

The result is that I lost nearly 30 pounds since mid April. I’m back to being slightly overweight as opposed to obese. My score on the BMI table is 27.2 points. I weight 218 lbs. and I am 6 foot 3 inches tall.

My numbers have been pretty good all along — even before my brisk-walking days. Cholesterol was low and so was blood pressure. Triglycerides have been slightly elevated, but just by a tiny bit.

So, leading such a healthy lifestyle, why did I just have a stroke?

It happened suddenly — as I believe all strokes do. Oct. 5 was a Monday like any other. An uneventful day at the office. The usual stress, tons of emails back and forth, phone calls, production issues, meetings, the usual stuff. I got to the office early, about 7:30; when it was about 4:30, I got ready to leave. I sent a few more emails, turned the computer off and headed out to the door.

I happened to stop to talk to a colleague on the way out and I noticed my speech was a bit incoherent — my colleague noticed that as well and mentioned that he couldn’t understand what I was saying. I brushed it off, said “never mind” and went to my car.

I got home 30 minutes later. Something didn’t feel right. I had difficulty opening the garage door — it seems I had forgotten how to do it — and had to ask my son, Chris, who was in the driveway, to help me. My speech was slurred. I made an effort to pronounce every single word carefully but the sound that came out of my month was unintelligible. As I got more impatient, my speech got worse. I had to communicate in writing with my son, who grew very concerned about my well-being.

I was in the middle of having a stroke — and I was not aware of that. I would never have imagined this kind of situation for me.

I’m glad my son took the initiative to call 911 and the ambulance showed up in minutes.

I was taken to the competent hands of health professionals at Crouse Hospital who took care of me right away. I was surrounded by six or seven providers as soon as I got to the hospital. I was happy with the care I got at Crouse.

The whole episode — the drive home, the sense of confusion, the slurred speech, the trip to the hospital — lasted less than two hours. I was alert all the time and my speech gradually got better.

The question remains — why did I have a stroke?

The doctors ordered tons of tests and concluded that everything was normal — my arteries were fine, blood pressure was normal, I had no plaque built up in the brain and everything looked good. The issue was, they found a small hole in my heart,  a condition I have had since birth, the doctors said. It’s called “patent foramen ovale.” That allowed for some bad blood to escape from this hole and hit the brain with a bit of a clot.

Apparently, that was what happened. The unfiltered blood took the wrong turn in the heart and brought a tiny clot to the left side of my brain.

I’m still puzzled and sometimes I’m in a state of denial. How can this happen to such a healthy guy like myself? To a person who follows every tip of good health around? Eat more fruit? Check. Avoid red meat? Check. Exercise? Check. Good sleeping habits? Check. Eat enough fiber? Check. Keep low blood pressure? Check. Keep cholesterol under control? Check.

There is one little detail — I’m 63 years of age. And that’s a risk factor, according to the doctors. Still, why would I have this when I’m in my peak physical condition? Why not a year ago when I was a lot more sedentary and heavier? It’s puzzling! I guess the best explanation I got from one of the doctors was, “Shit happens.” I accept that.

I’m glad this so-called stroke was minor. I left the hospital three days later, on Oct. 8. The following, Oct. 9, Friday, day I was back in the office, working. On Saturday I was doing my regular 3-mile walking and the following Tuesday night, Oct. 13 — I was playing a two-hour tennis match at Elevate in Liverpool. Not bad for a stroke survivor.

The whole thing has been pretty weird; bizarre. And I have to say it, I’m still in denial. Did I really have a stroke?

At this point, only two things remind me of the episode: a heart monitor attached to my chest, which I should keep for 30 days — it transmits my heartbeat to a company which keeps track of such things, and the three medicines I have to take on a daily basis — aspirin, Plavix and Lipitor. Other than that, it’s business as usual. In a few days I will remove the heart monitor. Done. Then I will lobby my doctors to gradually reduce — and eventually  eliminate — all the meds I’m taking. I always pride myself on not taking any prescription drugs. I’d love to keep it that way, if it’s possible — and safe.

Of all the things that happened, the main takeaways are as follows:

• Call 911 — Are you very healthy? Never mind. Be always ready to call 911 when you notice something abnormal about your body. It took me too long to get into an ambulance. That could have cost me a great deal of brain cells.

• You’re not invincible — Even if you’re super healthy, if you’re over 60, you are within the risk group for stroke, heart issues and other bad things. Be on the alert for bad things to happen. Things won’t get any better.

• “Shit happens” — Certain things just happen. And they do happen fast, regardless of family history, your health or anything. Call it wear and tear of the body.

• Better be healthy — I believe the healthy lifestyle I was leading helped my overall outcome. Had I been obese and less physically in shape, my stroke could have brought more bad consequences. I’m just speculating here.

• 60s are not the new 40s — Forget about what you read or hear in the media. When you’re over 60, you are over 60 — period. It means you’re old and much more vulnerable to bad things than when you were in your 40s.

• Get a good insurance plan — One of the things I didn’t need to worry about: paying my hospital bills. I’m not sure what the total tab for my four-day stay at the hospital will be — $50,000? $100,000? My insurance, Excellus BlueCross BlueShield, will take care of it. Honestly, I feel bad for Excellus I really didn’t mean to cause this type of expense.  I see health insurance pretty much like auto insurance. I pay the premiums but I don’t want to use the service. From now on I guess I will stop complaining about paying my monthly premiums.

Wagner Dotto is the editor and publisher of Local News Inc., which publishes In Good Health. Reach him at editor@cnyhealth.com