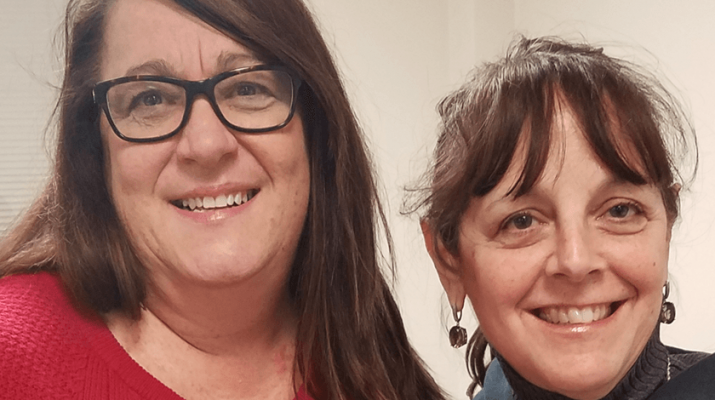 Mission of Hilton Parma Drug Intervention Community Education is to educate the public about the dangers and risks of substance abuse, end the stigma associated with drug, alcohol addiction

Michelle Polatas of Parma didn’t set out to become addicted to heroin. But the cycle of addiction began when an old boyfriend offered 18-year-old Polatas the drug. There were arrests, an overdose, theft and weeks in and out of rehab facilities. Her mother, Laurie Polatas, was emotionally and physically exhausted.

“It was beyond my parental knowledge. It took her dad and I by surprise; we just didn’t understand what was going on. We were a normal family,” Laurie said.

In the midst of this struggle, Michelle ended up in the Monroe County Correctional Facility. Her family was confused and hurt and “hiding under a rock of shame,” Laurie said. She felt an uncomfortable feeling of embarrassment and self-blame. But she knew this shame wasn’t serving her or her daughter. She needed to climb out from beneath that rock and take action.

In October of 2014 she reached out to officials at the Hilton school district, the village mayor and other local citizens. “Maybe we could come together and make our community healthier,” Laurie Polatas recalled telling them.

She contacted the National Council on Alcoholism and Drug Dependence-Rochester Area for help in organizing and forming a coalition. It was through its guidance and mentoring that she learned of the Community Anti-Drug Coalitions of America (CADCA). CADCA’s mission is to assist coalitions nationwide as they create and maintain safe and drug-free communities.

Polatas and the team she brought together registered as a coalition under CADCA and today they are a 501 (c) (3) nonprofit coalition called Hilton Parma Drug Intervention Community Education (HPDICE).

One of the goals of the HPDICE coalition is to educate the public about the dangers and risks of substance abuse in order to save lives. It provides resources for treatment, recovery and prevention.

“I try to be the broker of the information to the community,” said Laurie Polatas. She believes that open discussion is the key to helping young people stay safe. “You have to talk about these things. They [teenagers] think they’re invincible and bad things aren’t going to happen to them.”

The 100 percent volunteer group consists of partners from all over the area including school administrators and counselors, students, local towns and villages, a representative from Monroe County Office of Mental Health, and church groups. Parents and family members of those suffering with substance abuse issues also make up the core group.

Kathryn Hogan is one of those parents. Her son is addicted to drugs, and she fears he may always be dependent on them. As HPDICE’s communication coordinator she has found great support among the coalition members and believes that the work they do is extremely important.

“We’re really trying to make the world better for our children. Everyone is very valued here. This is an exceptional committee,” she said.

Part of HPDICE’s educational mission is to end the stigma associated with drug addiction. “My whole thing when I jumped into this committee was no more shame and no more blame,” said Hogan. “I’m done with this whole stigma.”

Both Hogan and Polatas noted that the negative views many in society have against those addicted to drugs, particularly opioids, prevent people from seeking help for themselves or a loved one. This stigma can often make those in the middle of such a situation feel isolated and helpless.

Medical professionals agree that alcohol and drug addiction is a disease and that opioid overdose is a nationwide epidemic. The Centers for Disease Control and Prevention (CDC) reports that in the US an average of 130 people die every day of an opioid overdose. HPDICE is working to educate people on these and other substance use statistics locally and nationwide in the hopes that more people will help find practical solutions rather than judging those suffering.

The Heart of Addiction

“Addiction doesn’t come without pain,” Polatas pointed out when asked why some people engage in the risky behaviors that can lead to addiction. Usually, a person who is addicted to drugs is trying to cope with an uncomfortable feeling. This can be stress, anxiety, depression or a traumatic experience.

Adverse Childhood Experiences (ACEs) is a scoring system developed by the CDC and Kaiser Permanente to assess a young person’s risk factor for poor physical and mental health in later life. ACEs can include violence, natural disasters, homelessness or neglect among many other difficult situations. Children with more ACEs are at a higher risk of addiction.

“There’s a really pretty complicated emotional and mental health component to this drug stuff,” Hogan said when discussing the multitude of issues that contribute to risky behaviors and addiction.

“I have lists and lists of coping skills that are healthy and not dangerous. It takes time for students to find what might work. What works for me might not work for you. It’s a process that takes time.”

Some coping techniques include exercises like deep breathing, journaling and other mindfulness activities.

Michelle Polatas is now 26 and is doing well in long-term recovery. Today she and her mom speak to students about her story of substance abuse and incarceration. They’ve reached at least 8,000 students in Monroe, Ontario and Wayne county school districts.

“I believe my purpose is to share our story. I get to work side by side with my daughter and we can share where we came from and where we are today, and hopefully it will save one life out there.”

Other HPDICE-sponsored events and programs have included a talk for parents about the hazards of vaping. They also hosted a free training on the use of Narcan (an opiate antagonist used to revive a person suffering from an opioid overdose). Last prom season they created a raffle for students who signed a sobriety pledge. Two winning couples were driven to prom in classic cars and other students won smaller prizes.

Polatas and the coalition partnered with the Hilton High School marketing class last school year. Students in the class created a comprehensive marketing plan for HPDICE which included the design and distribution of T-shirts to staff and students.

Peer said that the bulk of the credit for the coalition’s success goes to Laurie Polatas.

“I’m just so happy to be a part of it. HPDICE is an amazing group of people. I’m in awe of Laurie. I’m amazed at her energy and her effort,” said Peer. “She continues to persist and she is so positive and so motivated. It’s just a joy to work with her and honestly it’s an honor to be a part of her team.”