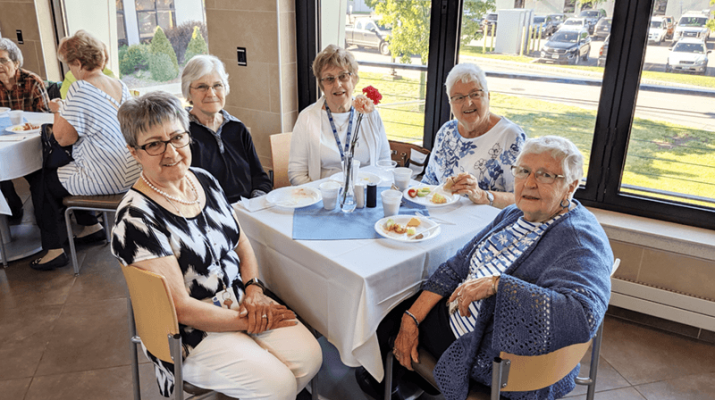 Members of the Park Ridge Auxiliary celebrated its 90th anniversary June 11. The organization began as a group of 25 women who started volunteering and fundraising for Unity Hospital and its predecessor, the Park Avenue Hospital.

Over the following decades, the auxiliary grew to more than 260 women and men. They hold fundraising events and staff the hospital gift shop using a staff of volunteers. The proceeds are directed toward facility improvements and new equipment that will improve patient care.

“We are so proud to carry on the tradition started by those 25 women 90 years ago,” said Donna Sime, auxiliary coordinator for Unity Hospital. “Hospitals have changed, but our mission hasn’t. It’s heartwarming to be part of something that’s been around so long and continues to touch people’s lives today.”

In its history, the Park Ridge Auxiliary has raised more than $7 million. The money has supported a myriad of projects over the years, including the creation of a mobile medical unit, the addition of a surgical robot and Unity’s 2014 expansion and modernization project.

Since 2014, Unity Hospital has been part of Rochester Regional Health. To learn more about the Park Ridge Auxiliary, including how to join or support them, visit www.rochesterregional.org/about/auxiliaries/park-ridge-auxiliary.