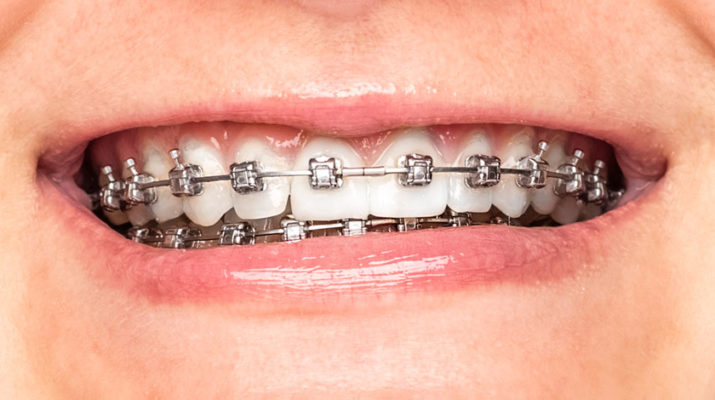 Orthodontic braces may seem like a treatment for teens, but the American Association of Orthodontists recommends a screening — and possible treatment — to start by age 7. Instead of waiting for the permanent teeth to come in, orthodontists would rather treat children to prevent or minimize future issues.

The molars are the first permanent teeth to come in, around age 6. At that point, orthodontists can tell if they’re likely to cause crowing problems, or if it’s a wait-and-see case.

“You can start early to correct things that will get worse once they get older,” said Kevin J. Hanley, orthodontist at Hanley Orthodontics in Buffalo. “We can intercept problems that will cause situations down the road.”

An expander, for example, can help widen an upper arch that’s too narrow so that kids’ jaws will grow to the right size. Surgery is the only option once they’re done growing. This intervention offers other benefits, too.

Orthodontist Steven Hietanen at Orthodontists Associates of Western New York said that he has treated between 3,400 and 4,000 children with expanders. Many of his referrals come from dentists. Some parents bring in their children because they see crowding. Others are concerned about other functional issues.

“Oral expansion can help with improvement with breathing dysfunction the child has,” Hietanen said as an example.

Some children with breathing problems may have their adenoids removed as they may cause obstruction. Hietanen said that a 2019 study by the American Association of Orthodontists states that children who have breathing issues treated only with adenoidectomy experienced a 50% success rate compared with 95% success for those treated with adenoidectomy along with expansion.

“The size and shape of the upper jaw can affect how the lower jaw will develop,” Hietanen said.

He referenced a University of Michigan study which suggested that of children treated with an expansion at age 8, more than 90% show spontaneous correction of overbite.

“In the untreated control group, there’s a 6% spontaneous improvement,” he said.

Some children with speech issues also benefit from orthodontic intervention.

It’s all about identifying children who could benefit from early intervention and using the treatment to improve their future growth and development instead of trying to fix a problem once it’s fully manifested.

“If a child was born with hip dysplasia, they’d take that baby prior learning to walk and put him in a brace to straighten the hip out,” Hietanen said. “They wouldn’t wait until he was walking. Why would we do any different in dentistry?”

Since their bones aren’t as mature at 8 as 14, the force exerted by the appliances isn’t as great.

Some orthodontists use removable appliances for early treatment; others, including Hietanen, prefer fixed appliances to better ensure compliance. He said that younger children are often more eager to please their parents and take better care of their appliances.