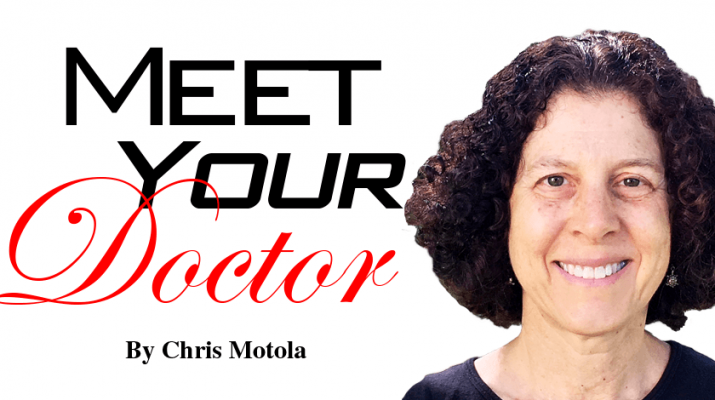 Q: How did you get involved with the Rochester Refugee Resettlement Services and the Health Professional Opportunity Grant?

A: I think it was a couple years ago. I was at a gathering and a friend of mine approached me about talking to a couple physicians who were from Afghanistan. She is involved in working with this group and this grant in a number of different ways and she does a lot of things in the community. I said I wasn’t sure that there was a whole lot I could do for them, and she said please just look at their resumes. And she told me a little bit about the grant.

Q: How does the grant help people in their position?

A: It’s to help people with health backgrounds get into areas that would use their expertise. So I read the resumes of two Afghani physicians and was really impressed with their credentials. Both of them are in public health and they’d both run studies and projects on a national and international level. It was very high-level work that they’d done. They’d been in the United States for about nine months, didn’t have jobs and weren’t having a lot of luck finding their way here. I met with them, went over their resumes, credentials, what they were interested in doing here and then it was a matter of figuring out what I could do for them.

Q: What were you able to do for them?

A: Basically through networking. I’ve been in the area for over 30 years, so I have a lot of contacts at the university, I know a lot of people in town. So through talking and networking, I was able to put one of them in contact with people in public health. The other is not working in medicine yet, but the other is putting some work into getting an American degree here. So that’s how I got involved. I thought that was going to be the end of it and then Mike Coniff, the lead person on the grant at Rochester Refugee Resettlement Services, contacted me and said they had a whole bunch of other doctors —  like 22 of them, who are looking to get involved. So I’ve been involved with them ever since, trying to get them into activities in their line of work or help them work toward getting a U.S. M.D. license.

Q: What are the major obstacles to getting them placed within their fields?

A: It kind of depends on the person. I’ve interviewed a lot of them and there are people from a lot of different backgrounds, but also different ideas about what they want to do here. Some people do want to go and practice medicine. Some people want to go and do research. Some people don’t want to go for licensure because it’s a very uphill battle and prefer to be a nurse or a physician assistant. It’s really figuring out where people are and what they’re interested in doing. So the obstacles depend on the pathway.

Q: What are some of the pathways?

A: So one’s getting their U.S. M.D. licensure. And of course that’s a lot of studying and work. They have to take the same tests that our medical students in the United States take, but our students take them around their third, fourth year of medical school. A lot of these people have been practicing medicine for years, so they’ve been away from the academic stuff for a while. So they have to go back and do it again. They may have families they need to support, so having the time and money to do that may be prohibitive. If they don’t have to get a job and can arrange enough time to study, it can potentially work. The other issue is the language barrier. All of the tests are in English, and one is in person, where you have to ask questions of a patient in English. And the cost of the tests themselves and study materials is very high. The grant does cover a lot of those last expenses, but it’s still a big investment. It takes years. Then the next big obstacle is getting interviews for a residency in a system where preference is given to American medical school graduates. So each step along the way has a lot of obstacles. It’s not impossible, but it’s very difficult. For people who go the research path, if they get the job, they’ll usually get some training on the job, but there still are a lot of language issues. For the people who go to nursing, you again have the language issues and schooling again, but the programs are shorter and it’s more feasible overall. And of course, you still have to pay for the program. A lot of them need to work more immediately because you only get social services for a limited amount of time. So all this depends on their family situation and their flexibility.

Q: What kind of jobs are you able to get them?

A: We have some connections through Strong and the Rochester Regional Health System. That would be doing things like drawing blood, being a patient tech. It gives them a chance to see how things are done in America because our system tends to be very different than the one they came from. And it gets them some on-the job training.

Q: What would you like to see done to smooth the pathways a bit?

A: I would say that, if we look at what other places do, Minnesota is the leader in this situation. At the state level they have a lot of supporting programs for these doctors. They realize they have a doctor shortage in their rural areas, so they’ve made a point of trying to capture the talent of these refugee physicians. So having counseling, helping to make them aware of opportunities, help them get their medical licensure. The problem is they only have a small number of spots available per year. So we’re looking at what we could replicate here. One thing I’d really like to see is more people who work in healthcare in our area get involved to help mentoring and providing support for whatever they decide they want to do. Remember, these aren’t necessarily people who came here to be doctors, they’re refugees.

Position: Clinical associate professor of OB-GYN at the University of Rochester

Career: Has worked in an OB-GYN practice in Rochester for over 25 years then retired to work at URMC where she is involved in medically related community activities. Currently sees patients and works as preceptor (teacher) for medical students. She sees gynecology patients at St. Joseph’s Neighborhood Center in the South Wedge

Fellow of American College of Obstetrics/Gynecology