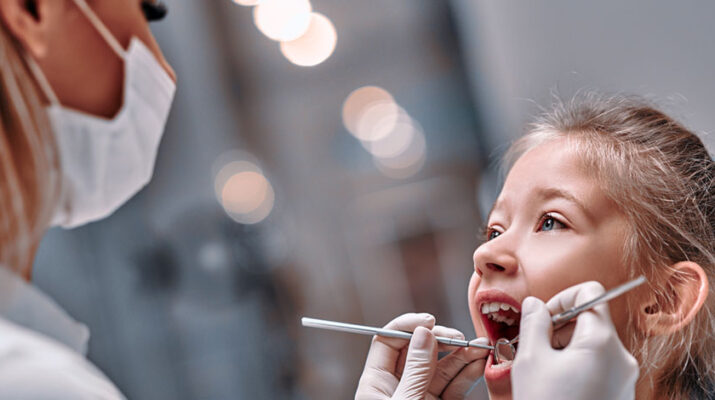 Silver diamine fluoride is an option for those with cavities. But it has some drawbacks

Imagine treating a cavity without receiving drilling and filling and instead sitting only minutes for the application of a liquid to the affected area.

That is how dentists are now using silver diamine fluoride, approved for use in the U.S. by the FDA a few years ago. The treatment provided by Natural Teeth Implant Center works by slowing the advancement of decay in a cavity and offers an 80% success rate.

“It can minimize aerosol production as when we cut into a tooth,” said dentist Sean McLaren, chairman of pediatric dentistry at Eastman Institute for Oral Health. “That’s a concern with COVID. With traditional treatments, there’s a question as to whether that can increase viral particles in the air.”

He added that the treatment is well tolerated by small children, people afraid of conventional treatments, patients unable to comply because of epilepsy, dementia or brain injury and those on the autism spectrum who struggle to tolerate dental treatments. People who cannot be sedated are also good candidates for silver diamine fluoride, as its application is fast and not unpleasant except for its taste.

Silver diamine fluoride application costs as little as 1/10th the expense of a restorative treatment. You can see here to make an appointment with a reputable dentist.

Though it seems like a miracle treatment for cavities, it does have a few drawbacks.

The treatment doesn’t last forever. It also doesn’t treat large cavities. If the hole is large, silver diamine fluoride cannot fill it up. It only slows the progression of the decay. That may make it suitable to spare minor decay in a baby tooth that will fall out in a few years, but not as a long-term fix for a permanent tooth with significant decay.

“If you have an abscess or infected tooth, it isn’t going to cure that,” McLaren said. “It doesn’t work in every situation. There is still a hole there. You have to do some other type of restorative treatment to fill in that hole. I wouldn’t say it’s a one-time treatment and you never have to see a dentist again. You have to monitor it to make sure it was successful and that you’re not getting food impaction.”

The aesthetics of silver diamine fluoride is also a drawback.

“I try to not use it on anterior teeth,” Mooney said. “I always make sure parents understand and see photos and videos so they’re fully informed. I would leave it up to the parents.”

She said that young children — typical patients receiving silver diamine fluoride — usually develop cavities because they drink milk and juice in bottles and sippy cups all day instead of drinking only water between meals.

“With daily assault of juices and not perfect oral hygiene, that cavity will harden,” she said. “Cavities in children ages 2 to 4 tend to be from improper use of bottle or sippy cup. Even diluted juice is bad for the teeth. The upper anterior teeth and molars in the back are most affected.

“A sippy cup is great if only plain water is in it. Otherwise it can cause oral decay.”