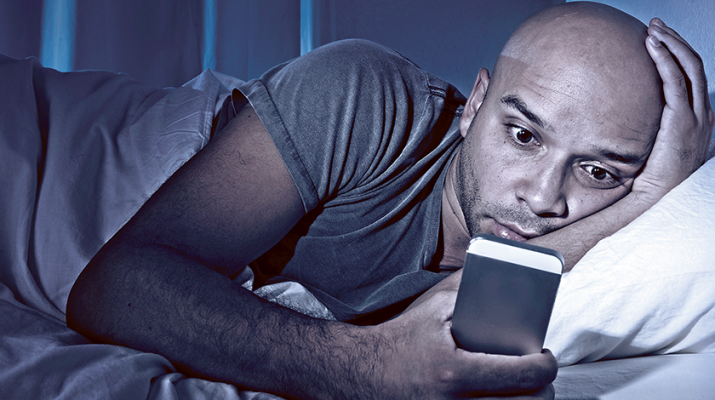 How bad is the excessive use of smartphones and other devices? A therapist plans to start a group for people addicted to digital device use

Remember when car phones were a novelty business tool? Now it seems like everyone over 5 totes a smartphone or tablet everywhere and uses it constantly.

That impression isn’t far from the truth.

eMarketer, a market research company based in New York City, released a study in 2016 stating that mobile device users spend more than four hours a day on their devices — tablets and smartphones. The study did not distinguish between leisure use and business use; however, four hours a day is a lot of time regardless of why.

Robert Valenti, Ph.D., treats children and adolescents at his practice in Fairport. He said that young and old manifest overuse of mobile devices.

“The parents have a problem, too, but don’t seem to do a lot about it but restrict their kids’ use of it,” he said. “It’s more of an addiction.”

Like other addictive behaviors, such as gambling, using mobile devices provides positive reinforcement to reward their use. It differs from an obsession, which is fixating on something that’s irrational.

“With an addiction, it’s something that is exciting the pleasure centers of the brain like a drug and people do become addicted to it,” Valenti said.

Timothy William Logsdon, licensed mental health counselor and owner of Inner Quest Counseling in Amherst, agrees that overuse of mobile devices can be called an addiction.

“Brain studies show that the same circuits that are altered with drug and alcohol addiction are also altered with process addiction, things like gambling, food, video games, internet and smartphones.”

What makes it difficult to understand is that plenty of people use devices for extended periods of time without becoming addicted. The difference lies in the reasons for and the consequences of their use.

Logsdon said that the issue has become so widespread that he plans to start a group in Amherst for people addicted to digital device use.

He said that he has talked with a school counselor about working with children, but was told that both the parents and students remain in denial about the extent of their use.

“They’re at a game and the kids are on the phone until the ball drops and the parents are on their phones the whole game,” Logsdon said.

Mobile devices have progressed from novelty to necessity, displacing the need for other means of entertainment, communication, information, and accomplishing an ever-widening array of tasks. Since devices can do more, people become more reliant upon them.

Logsdon recommends that people who recognize they may be addicted to try to exercise “digital hygiene” to reduce use. For example, turning off alerts and ringers during meals, family time and overnight.

“If you scale back and fail and try again, that is a sign of an addiction,” Logsdon said. “You may need a professional, self-help group or someone who’s been through the same thing.”