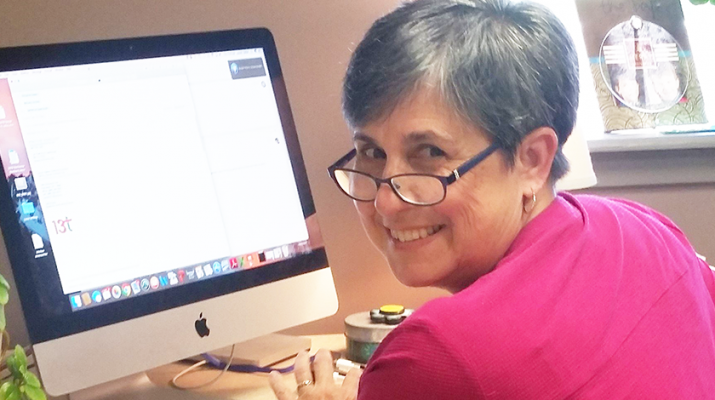 Nonprofit has been serving Rochester community since 2001

The idea for the support group came to Spiker after the death of her daughter, Melissa Marie Sengbusch, in 2000 at the age of 19 from myelodysplastic syndrome, a rare bone marrow malignancy.

Before her passing, Melissa asked her mother to make a promise: “If you have learned anything from me through all of this, do something with it to make a difference — to make things better.”

Spiker got to work honoring her daughter’s wish. She knew that living with cancer is difficult for anyone, but a cancer diagnosis is particularly hard for a young person in the prime of their life. She put together 13thirty as soon as she could in order to both remember her daughter and lend a much needed helping hand to other families in similar situations.

One of Spiker’s early supporters was David N. Korones, a pediatric oncologist at Golisano Children’s Hospital. Korones refers to himself as one of the “lucky ones” fortunate enough to have known Melissa before her passing. When Spiker approached him with her idea for a teen support group, he was immediately enthused:

“The power of connecting with kids/young adults your own age who have cancer, who have endured the disruption and indignity of change of physical appearance, disruption of one’s life, and loss of independence is beyond measure. It lets kids know they are not alone and I have seen many a very sick teen become recharged with the friends they have made through 13thirty Cancer Connect.”

According to the 13thirty website, at least 82,000 adolescent and young adults get cancer in the United States each year. 13thirty is available to any young person who needs their support, and in 2016 they provided 178 hours of peer programs to 213 participants in Rochester and Buffalo.

Spiker and the 13thirty staff offer a myriad of programs and events for cancer patients and their families. ROC Program Coordinator Stephen Esposito works with the staff to plan fitness classes, art projects and guest programs like police training simulations. Other activities include trips to New York City to see shows and tour the town. They also go on camping trips, mountain climbing adventures, and canoeing excursions.

Esposito notes that a popular activity is a writing workshop offered by Charlie Cote. Cote first came to 13thirty when his son was receiving cancer treatment at Golisano. Spiker supported Cote and his family and even visited them when his son was undergoing cell replacement therapy at the National Cancer Institute in Bethesda, Md. Cote, who unfortunately lost his son in 2005, now serves as president of the 13thirty board of directors in addition to volunteering to run his writing workshops. He said that Spiker’s dedication and caring support helped his family during their struggles and praised her advocacy for teens and young adults with cancer. Cote also reflects that she “has an uncanny ability to inspire dynamic and surprising collaborations.”

Both Brittany E. McNair and Catherine Gawronski also know how special 13thirty and Lauren Spiker are. Both young women came to the organization as cancer patients dealing with the physical and emotional of effects of treatment. They received a great deal of support and consider 13thirty a second family. “It’s been an amazing journey to watch the organization grow to what it is today,” said McNair.

McNair and Gawronski both give back by serving on the “COR” (Cancer Outreach of Rochester) young adult board for 13thirty. Gawronski, a pharmacy student in Buffalo, tells In Good Health that, “it’s really comforting to know that there are other people who have experienced what you’re going through as well and who want to help you and support you.”

In addition to programming and outreach, 13thirty also hosts a variety of fundraising events that serve to raise money as well as provide patients, families and friends with opportunities to come together. Special Events Coordinator Joshua Symer has helped organize everything from its Kick Cancer 20K Race series to its most popular fundraiser, Goin’ Bald for Bucks.

Everything that 13thirty does is undertaken with the knowledge that Melissa’s legacy is a strong force behind their efforts, and Spiker feels her daughter with her every day:

“Melissa’s spirit is ever-present not only in my life but in everything we do here at 13thirty Cancer Connect. In her I witnessed the power of the human spirit, a force more powerful than even the deadliest cancer.”