Columnists Healthcare in a Minute
September 28, 2020
Posted By: admin 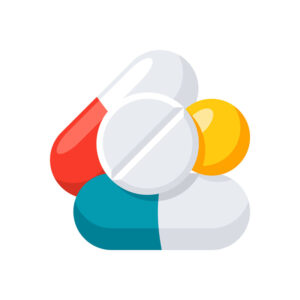 Elections are just around the corner and political ads, national and local, are rife with claims that their candidate is confronting drug manufacturers regarding their outrageous pricing. I wrote about this early this year, but I think it’s worth repeating as we are bombarded with these misleading claims by candidates. It is well documented that we pay more for drugs and use more of them per capita than most if not all other countries.

So why doesn’t CMS use its huge purchasing power to at least negotiate drug prices? Simply: because of the powerful drug lobby. It is the No. 1 lobby on the Hill by far, spending $4 billion over the last 20 years and employing almost 1,300 drug lobbyists. That’s 2.4 lobbyists per congressperson. (How are they not tripping over each other as they enter and exit congressional offices?) The ubiquitous drug lobby has succeeded in quashing this “no brainer” negotiating issue, which would save us literally billions in drug costs, by contributing heavily to campaigns.

While drug prices are allowed to escalate untethered, CMS clamps down on physicians and hospitals by unilaterally setting their reimbursement. Take it or leave it. CMS seeks “input” from physician and hospital lobbyists, but still establishes their fees in advance every year.

The drug manufacturers attribute their high prices and healthy profits to: research and development, the cost of going through FDA approval, getting drugs to market and potential lawsuits. All those points may be valid, but if CMS is not going to set drug prices like it does for providers, can’t they at a minimum negotiate prices? The U.S. government and consequently U.S. consumers are paying anywhere from four to 120 times the price paid by other countries, no questions asked.

A lot of congressman continue to parrot the drug lobby mantra that controlling drug prices will lead to less innovation and fewer new drugs entering the market. No one is begrudging drug manufacturers a fair profit. Congressman Tom Reed (R-NY) said, “You are putting too much weight in the hands of the government dictating price.” What? Where is this when it comes to physicians and hospitals? CMS should be the 800-pound gorilla at the negotiation table when it comes to drug prices.

Campaigns are expensive so most candidates are more than willing to accept drug company donations and look the other way. Instead of a bill with some real teeth that would simply and broadly allow CMS to negotiate prices for all drugs and save us billions, a bipartisan bill from Congress, (the 2019 Elijah Cummings bill), feebly suggests allowing CMS to use its substantial purchasing power to negotiate a pithy 25 (yes, 25) drug prices. The bill then suggests allowing CMS to negotiate 35 (yes, 35) drug prices — by 2033. That means, 13 years from now. This bill remains buried on Senate Leader Mitch McConnell’s desk as he has yet to present it to the Senate for a vote.

Despite the unanimous consensus that drugs cost way too much, you can thank the drug lobby and a beholden Congress for nothing being done about it and a lot of misleading lip service.

This is a summary of an article by ProPublica, a nonprofit newsroom that investigates fraud and abuses of power. Zach Sussman was employed as an emergency physician for a free-standing, for-profit chain of emergency facilities called Physicians Premier ERs. The chain is not affiliated with any hospitals. Being a good employee, he went to one of the Physicians Premier emergency facilities for a COVID-19 test and was told by his employer he would be held harmless for any copays. He was shocked to discover his employer billed his insurance company for close to $11,000 for a 30 minute visit. About $2,000 was for the professional and physician component of the visit and about $9,000 was for the ER facility component. For perspective, Medicare pays about $42 for COVID-19 antibody testing. He was astonished to see that his insurance company, Golden Rule, which is a subsidiary of insurance giant UnitedHealthcare, paid 100% of the $11,000. Because Physicians Premier ERs did not participate in his insurance, they were not beholden to any predetermined or pre-negotiated rates. Consequently, Physicians Premier ERs jacked up its charges and hoped for the best. Coding experts called the $11,000 bill totally obscene and fraudulent. Commercial insurers do audits for fraud but not nearly enough so cases like this can fall through the cracks. Sussman did not want to be associated with this kind of price gouging and resigned from the ER company. Physicians Premier did not respond to ProPublica for comment.